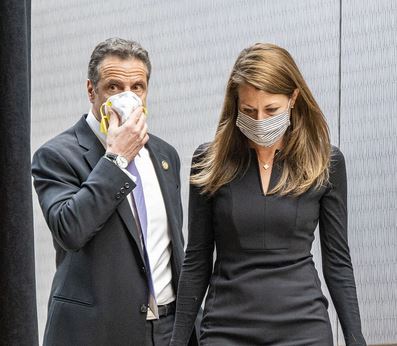 Melissa DeRosa, secretary to New York Governor Andrew Cuomo, admitted that the state lied about the number of nursing home deaths due to COVID-19.

According to the New York Post, DeRosa said during a conference call that “we froze out of fear the true numbers would be used against us.” DeRosa also said during the call that Cuomo’s administration chose to alter a legislative request for the COVID-19 death toll in August because “right around the same time, [President Donald Trump] turns this into a giant political football.”

In addition to attacking Cuomo’s fellow Democratic governors, DeRosa said, Trump “directs the Department of Justice to do an investigation into us.”

“And basically, we froze,” she told the lawmakers on the call.

DeRosa added: “That played a very large role into this.”

DeRosa later apologized to Democrats for the “political position” she and the Cuomo administration put them in.

“So we do apologize. I do understand the position that you were put in. I know that it is not fair. It was not our intention to put you in that political position with the Republicans,” she said.

In August 2020, the United States Department of Justice “opened a preliminary inquiry into the coronavirus nursing home policies of New York, New Jersey, Pennsylvania and Michigan,” questioning if those policies “may have resulted in the deaths of thousands of elderly nursing home residents.”

The investigation focused on Governor Cuomo and his Health Commissioner Dr. Howard Zucker, who ordered that “No resident shall be denied re-admission or admission to [a nursing home] solely based on a confirmed or suspected diagnosis of COVID-19. [Nursing homes] are prohibited from requiring a hospitalized resident who is determined medically stable to be tested for COVID-19 prior to admission or readmission.”

One thought on “Top aide blows the lid on Governor Cuomo”