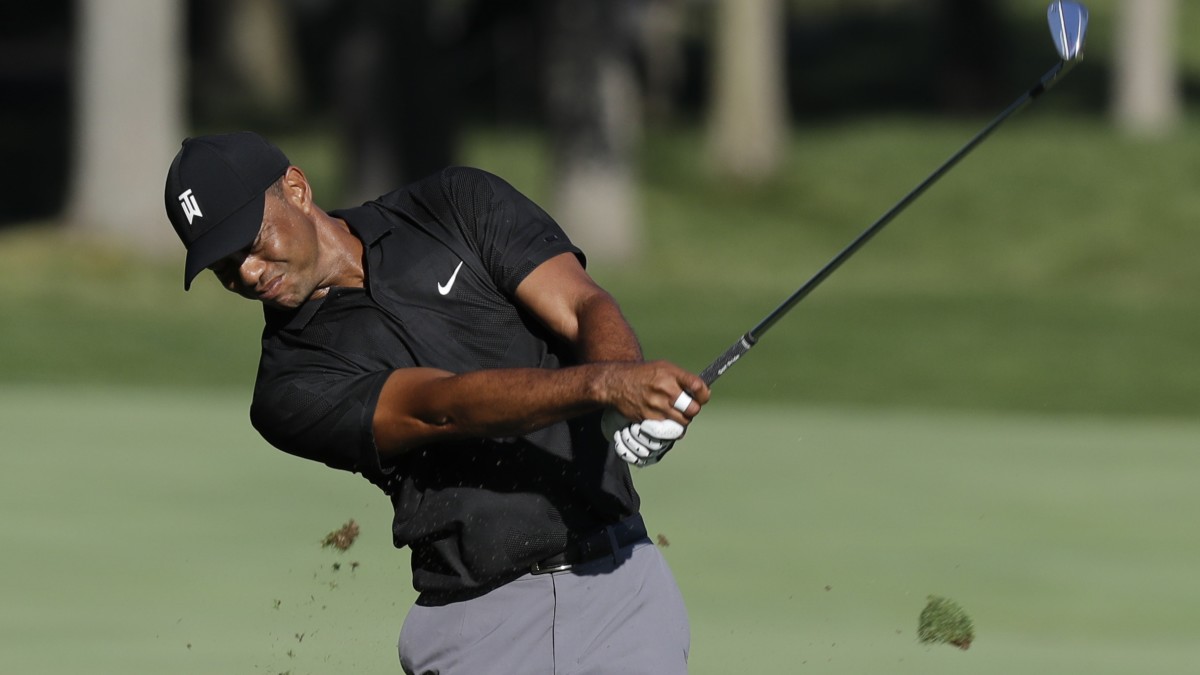 Tiger Woods’ round surrounded by silence an eerie feeling

Picture yourself watching Michael Jordan from Row 1 courtside with no fans in the building, just you sitting virtually alone with an unobstructed view of the greatest basketball player of all time.

Now picture sitting on the glass to witness Wayne Gretzky play, no one sitting in front of or around you as the greatest hockey player of all time performs his magic on ice.

Or being courtside with no one around you watching Roger Federer or Serena Williams play.

Such was the scene at the Memorial Tournament’s opening round Thursday with Tiger Woods playing in his first tournament in five months — in front of no spectators for the first time in his career.

At 1:17 p.m., an announcer at the first tee barked out Woods’ name to introduce him to the smattering of tour officials and media who were on hand for his tee time alongside No. 1 ranked Rory McIlroy and Brooks Koepka.

And all you heard was, well, nothing.

No roar. No clapping. No knuckleheads bellowing, “Get in the hole’’ or “You da man’’ as he teed off.

As Woods, McIlroy and Koepka walked off the first tee and toward the adventures of their respective rounds, the only sounds you heard were the players’ clubs quietly clanking inside their bags as their caddies trudged on in the 90-degree heat.

Under normal circumstances, which is to say no pandemic restrictions and 30,000 fans at the event, the buzz around these three heavyweights of the game playing in the same group would be palpable. Thousands would have lined both sides of the fairways at the ropes.

The theater without the buzz of the fans as dulled to a degree, but it was fascinating nonetheless — despite the fact that none of the three made a significant charge up the leaderboard.

Woods, with a birdie on 18, finished with a 1-under 71 to stand in a tie for 18th while McIlroy was the low man in the group at 2-under and Koepka posted an even-par 72.

But the chance to see Woods so up-close in a major-championship-like field was unique. It’s something people would pay a lot of money for, and that privilege was not lost on the few who were in attendance.

“The energy wasn’t the same without the fans,’’ Woods said after his round. “That certainly was noticeable, mostly different. [But] I still felt the same eagerness, edginess, nerviness starting out, and it was good. It was a good feel. I haven’t felt this in a while.’’

Woods hadn’t played in a tournament since he finished last in the Genesis Invitational in February. Thursday marked 151 days since he’d last played in competition. He was 2-under after three holes, but failed to capitalize on it. Still, considering the layoff and the difficult conditions, it was a decent start.

“It’s been a while since I’ve played,’’ Woods said. “I got off to almost an ideal start and got a feel for the round early. I just didn’t make anything today. I had looks at birdies, but I really didn’t make much.

“I was very pleased the way I drove it, my feel for my irons. I just didn’t quite hit the putts hard enough. Most of my putts were dying, didn’t quite have enough oomph to it. I was a little bit rusty, but felt like overall it was a good start.’’

Woods, playing in his first tournament since before COVID-19 put a halt to all sports and has prohibited spectators from attending golf tournaments, said before the tournament that he’d spoken to some fellow players who’ve been playing the past month to pick their brain about pandemic-age golf.