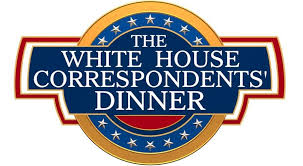 The White House Correspondents’ Dinner as it used to be

If you were unaware that the annual White House Correspondents Dinner has come and gone, you are not alone.  Compared to last year — when the absence of President Trump and the tasteless and humorless pillaring of the President and White House staffers made headlines for days afterward – the 2019 event was barely noticed beyond the Beltway.

This is not only as it should be, but what the Dinner had been for decades before it was taken over by Hollywood.

During my time in D.C., I had the pleasure of attending the Dinner.  That was back in the late-1960s and early 1970s.  It was an important political and social even for the Washington political and press communities – but it received very little reporting in the rest of the country.

While much was made of President Trump’s declining his invitation to participate, it was never a “must attend” for presidents.  Some attended sometimes, but not all that often.  In fact, most presidents were AWOL when it came to the dinner – although not because of the friction that has marked the relationship between Trump and the major news media.

Previous dinners were more of a private social event to allow members of the press corps and the politicians they cover to mingle in a friendly setting.  There was always a bit of a comedic roast, but not with the Partisan viciousness that has arisen since the Trump election.  Mostly it was good-spirited pokes at the pomposity of the press and the politicians – what is better known as self-effacing humor.

The event changed dramatically during President Obama’s administrations.  He brought a glitzy Hollywood glamour not seen in Washington since President Kennedy’s days of Camelot.  In fact, it is arguable that it was Hollywood that helped destroy the purpose and the reputation of the Dinner – two things the White House Correspondents Association hoped to correct this year.

Rather than make the event a platform for the biased and nasty comedy of Michelle Wolfe — last year’s featured celebrity – the Dinner sponsors chose historian and author Ron Chernow – author of the biography of Alexander Hamilton that was the inspiration for the popular Broadway production.

It was a move that would assure minimal humorous content.  Chernow promised to deliver a few knee-slappers but proved that humor is an art form in which historians are relatively unskilled.  The best he could elicit from the audience was an occasional round of polite chuckles.

The association took away what Hollywood had brought to the event – the iconic red carpet.  Oh yeah, there was still a red runway, but it was not lined by cameras, entertainment reporters and gawkers.  If there were those exaggerated poses in front of a multi-labeled advertising backdrop, not may photos of the posers to be seen in the next morning news reports – largely because there was very little reporting on the event … period.

The Association was smart in toning down the event.  He had become weaponized by a biased media to attack their political adversaries – specifically President Trump, Vice President Pence, the White House Staff, the Cabinet, congressional Republicans, conservative Supreme Court Justices, FOX News, conservative icons and millions of Americans who do not share the media’s political perspective.

One can only hope that the White House press corps – and the media outlets they represent – and follow the lead of the White House Correspondents’ Association and restore a bit of unbiased civility and integrity to the profession in general.