The True Origin of Xmas 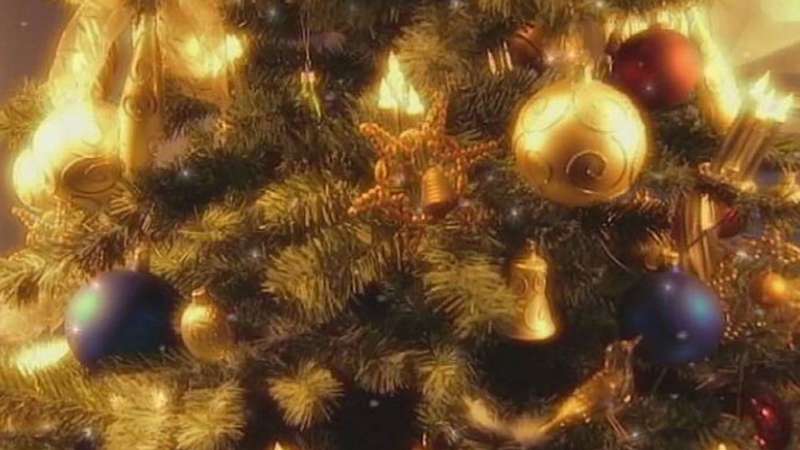 This time of year is usually full of cheer, especially if one’s economics are right.   If someone is suffering economically or having serious issues with their family, then this time of year can be a trying time.  Most people buy and spend over-extending their credit and putting themselves in debt.  But, people usually are in good spirits.  Right now, the holiday season is in full swing.  I think it’s about time people got the skinny on one of the most popular holidays, Christmas.

Let’s get right into it, shall we?  December 25th is not the birthdate of Jesus.  Jesus being born on December 25th is not backed up by the scriptures at all.  In fact, it is the noted birthdate of a great number of those that would be considered sun gods or pagan deities.  One has to go back about 4,000 years to a place called Shinar.  Shinar was located in Babylonian which is now modern-day Iraq.  Nimrod was the ruler of Babel, which was later known as Babylon.  He was well-loved by the people.  He was known to the ancient Egyptians as Osiris.  Nimrod’s date of birth was December 25th.  Nimrod’s symbol was the evergreen tree which represented everlasting or renewed and regenerated life through Tammuz.  Nimrod’s wife was named Semiramis.  She was also known as Isis.  As the story goes, Semiramis was also the mother of Nimrod.  Nimrod was the first being on earth to be deified.  During his deification, he was then named Bael the Sun God.  At his death he he was said to be eternal and ruled the universe as the Sun God.

Semiramis was said to be impregnated with the seed of Nimrod by the rays of the sun god Nimrod or Bael.  She gave birth to their son Tammuz who was said to be Nimrod’s resurrection through birth.  This is where the Biblical story of the immaculate conception comes from.  Semiramis and Tammuz were married.  This was an incestual relationship.  Nothing holy about that.  But it turns out that Tammuz is also Cupid.  Tammuz was a great hunter which is why there is a constellation of Osiris The Great Hunter.  After forty years Tammuz was killed by a wild boar.

December 25th represents the return of the rising sun during the winter equinox or the sun’s (son’s) resurrection.  According to the Book of Genesis, Nimrod was the great-grandson of Noah.  As a side note, I have to mention that originally there were only ten months to the standard calendar.  The prefix dec represents ten.  Our number system is a base-ten system.  This where the term decimal comes into play.  Also, decade represents a ten-year span.    December used to be the tenth month until Julius Ceasar added July and Augustus Ceasar added August.  These two additional months were smuggled in during the great Roman era.  So now we have twelve months that represent our modern-day Gregorian calendar.  So, even if Jesus’ birthday was on December 25th, we would overshoot it by two months each year.

Like the story of Osiris, Nimrod was murdered by a relative.  Semiramis claimed that a full-grown evergreen tree emerged from a dead stump overnight which symbolized the re-erected phallus of Nimrod as well as a new life.  The old stump symbolizes the dead Nimrod and the evergreen symbolizes the birth of son Tammuz.  Nimrod (Tammuz) would place gifts on the tree every December 25th.  This is where the yule log comes into play where the log represents dead Nimrod and is placed into a fire.  The next day the log would be a full tree with a snake coiling throughout the branches.  The serpent or snake represents resurrection.  This is symbolic in the sense that snakes shed their skin which represents resurrection.

In Egyptian mythology, Tammuz is known as Horace who was the son of Osiris and also his resurrection.  The ornaments placed on the trees in Babylon were balls dipped in gold or testicles of a sacrificed animal.  Now Santa Claus was actually called Nimrod (Molech, Odin).  Every December 25th, public child mass sacrifices were held.  So, if one placed the “n” in Santa at the end of the word, we would have the word Satan.  Satan’s Claws (Claus).  Get the picture?  The chimney that Santa was said to come down in the story of Santa Claus represents the alter that the children were sacrificed to.  The parents would ask the alter for what they wanted before they would drop their newborn child in the fiery alter.

All of the information stated above is where the so-called holy day of Christmas was extrapolated. With that said, I hope you had a Merry Christmas!

14 thoughts on “The True Origin of Xmas”