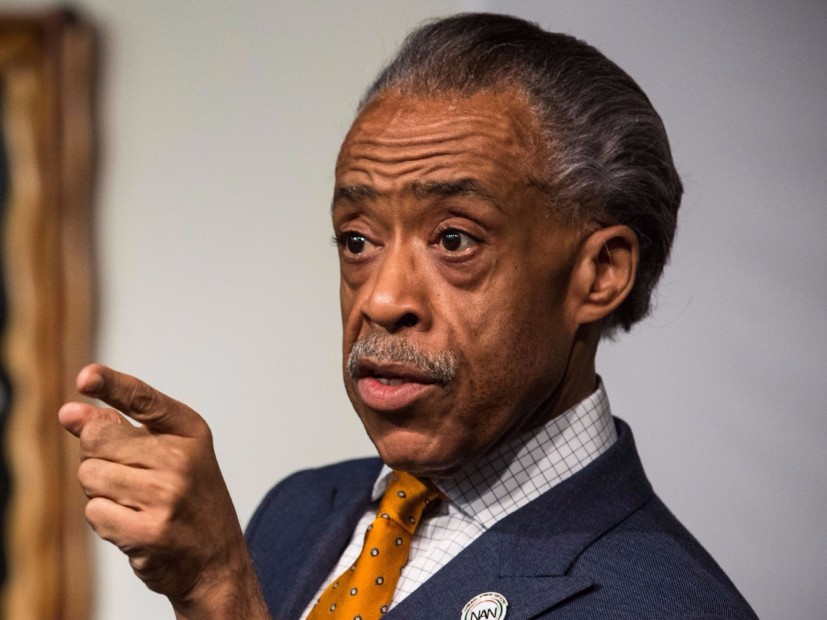 In view of the relentless accusations that Trump is a racist, this was quite a newsworthy event – unless you are the #NeverTrump elitist news. If you watch the broadcast networks and either of the two left-wing cable news outlets, you are most surely unaware of the event. They did not cover it even though both CNN and MSNBC had footage.

How do I know that? Weeell … it was at this event that Trump made some public comments about the bomb scare against prominent Democrats and the arrest of the perpetrator. Uncharacteristic of such coverage, the elitist news folks never said what the event was and they never panned the largely black audience – an almost obligatory cut-away. Rather, they edited to a tight shot on Trump to get what they wanted – another opportunity to spin his words against him.

CNN, MSNBC and the non-cable networks will not report anything that does not fit with their preconceived narrative that Trump is a racist. That is nothing more than propagandizing the news. MSNBC, however, did make a teeny-weeny mention of the meeting. It came on Politics Nation – the obscure Sunday morning show hosted by the station’s leading black racist, Al Sharpton.

Reverend Al did what all black racists do. He called out any black person who does not fall in line with the Democratic Party’s political race-baiting identity-politics strategy.

In this case, Sharpton used the same tactic that was the stock-in-trade of his fellow ancestral racist southern Democrats – the white variety. According to Sharpton, all those highly intelligent young black people, who were clapping and cheering for the President, were “being used.” He even de-humanized them by saying that they were just “props.” De-humanizing black people? Hmmmm. Where have we seen that before? Seeing humans as “props” is not far off from seeing them as “property.”

In Sharpton’s view, they were gullible, stupid – just shucking and jiving for the guy in the big White House. Those poor souls were being manipulated because they did not know any better. According to Sharpton, the entire event was “low” and “shameful.”

We have seen the Al Sharptons in history – those blacks on the plantations who worked to keep their fellow man in bondage and those blacks who actually owned slaves. Two black men as different as Booker T. Washington and Malcolm X warned the black community against the Al Sharptons. In this case, the house-loyal Reverend Al is trying to prevent any black person from escaping mental, emotional, social AND monetary enslavement to the Democratic Party.
Sharpton is perfectly willing to allow masses of impoverished blacks to live in segregated cities run by his Democrat colleagues – cities with substandard housing, depression-high unemployment, unsafe streets, crumbling infrastructure and, most egregious of all, unequal education. If a lot of that sounds like the conditions during those long-ago days of southern slavery, it is no coincidence.

It is just possible that a lot of black folks are noticing that under this Republican administration wages in the black community have reached an all-time high and unemployment at an all-time low – with still a long way to go. They see the opportunity for real quality education through school choice. They see the Trump administration sending in real resources to fight the deadly high crime rates. They see a President who is pushing for real prison reform as opposed to Democrats like President Clinton, who pushed legislation that resulted in so many blacks winding up in prison for minor offenses. And where was Reverend Al then?

Maybe those young people visiting the White House are among the growing number of blacks who are wondering what the first black President – albeit a Chicago Machine politician – has done for them. Maybe that is why recent polls show that black support for Trump has moved up from five percent to 11 percent. That is not exactly a seismic shift, but it could be the beginning of one – something that scares the bejesus out of people like Sharpton.

Sharpton has gained his power, profit and prominence by … I will just have to say it … selling out the black community to the Democratic Party’s false narrative of racial beneficence. His job is not to free blacks from the oppression of poverty and prejudice, but to crack the whip to keep them in line politically.

Sharpton once had a weekday prime time program. MSNBC had enough sense to exile him and his race-baiting screeds to the lowly rated Sunday morning hour, but one wonders why they keep him around at all. But, I guess we know the reason. He is obviously serving their purpose.
So, there ‘tis.