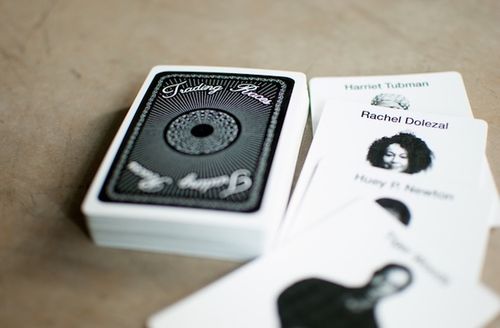 The race card is not working … yeah!

While I have often wondered why so many black voters maintain allegiance to the Democratic Party in view of their long history – to this day – of oppression of black citizens. First it was slavery, then segregation and now the remnants of de facto racism in our major Democrat-run cities today.

The race card is still being dishonestly played against Republicans by the hypocritical Democrats, but that is not the focus of this commentary.  It appears that the race card does NOT play well in Democrats intramural presidential politics.

I am referring to the efforts by New Jersey Senator Cory Booker and California Senator Kamala Harris to play the race card to win over black voters.  In recent debates and speeches, Booker and Harris have argued that THEY – more than any other candidate – can unite the party by keeping black voters in line.

To fight President Trump in the 2020 General Election, black candidates will have the best chance to bring out the black vote.  They refer to it as the “Obama coalition.”  That has a certain superficial – albeit it specious – logic.

The assumption is that black voters will always set aside all other issues to vote for a black candidate.  They will always vote race over issues – such as gun control, abortion, women’s’ rights, gay rights, employment, education, foreign policy, criminal justice, etc.

The strategy of Booker and Harris is a call to vote race … period.  That race-baiting does not seem to be working in this election cycle.  There are a lot of black voters in the Democrat coalition.  That is for sure.  But they seem to have more interests than skin color when it comes to politics – maybe more than ever.

That old white guy name Biden seems to be getting a lot of black votes – so far more than any other candidate in the field.  He is getting more black votes than Booker and Harris.  So is Bernie Sanders.  Even Elizabeth Warren is starting to pull in a significant number of black voters.

The two most prominent black candidates – Booker and Harris – are not getting a lot of support from the brothers and sisters.  No matter how many times Booker calls for black unity behind his campaign, he still languishes between 2 and 3 percent in the polls.  And Harris’ call for black unity in her campaign  has not prevented her being Whack-A-Moled into single digits.

There are even some indications that – despite Democrat state of denial — Trump may exceed his 2016 eight percent black vote.  Too early to know, but there are signs of disenchantment with Democrat leadership in our segregated inner cities.  As one black community leader said in Chicago. “it would be a mistake to think that Trump would be unwelcomed in the ‘hood.”

This may come as a shock to the Booker/Harris types, but those folks in the inner cities are not monolithic political drones.  Skin color is not the number one political issue – not even number two … three … four … or …