The Media is Lying About How the Capitol Police Officer Died 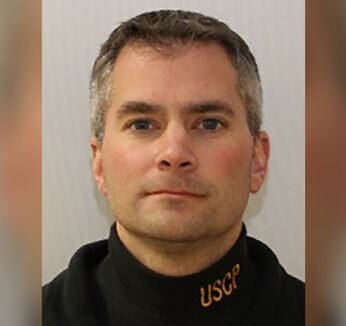 One month after the January 6th riot at the U.S. Capitol, authorities are still unable to determine fallen Capitol Police Officer Brian Sicknick’s official cause of death, even though the mainstream media has been reporting he died due to injuries inflicted by protesters.

Contee did, however, suggest that Sicknick’s injuries may not have been visible. “That determination is made by the Office of the Chief Medical Examiner, so MPD’s role in that is to make sure that the medical examiner has all of the evidence they need to make that determination,” he said. “In this situation, with the Capitol insurrection, there were hundreds of videos and all of that kind of stuff — that stuff is being gone through and funneled over to them.”

Contee said that the medical examiner will make a recommendation “once they have a better understanding of what exactly to deal with.”

“Sometimes, and not to speak for the doctors, when they are assessing individuals who may not have visible injuries — that kind of thing — you know they have to be very thorough in their efforts to make a determination in manner and cause of death,” he added.

Meanwhile, media outlets are pushing conflicting reports. Anonymous law enforcement officers initially told some media outlets that Sicknick was bludgeoned in the head with a fire extinguisher. Others say Sicknick did not suffer any blunt force trauma.

Some investigators suggest that Sicknick could have died from inhaling a chemical irritant, such as bear mace or pepper spray.

In the only public statement released by the U.S. Capitol Police, the department said that Sicknick “passed away due to injuries sustained while on-duty.”

Sicknick “was responding to the riots” on Jan. 6 at the U.S. Capitol and “was injured while physically engaging with protesters,” the statement continued. “He returned to his division office and collapsed. He was taken to a local hospital where he succumbed to his injuries.”

Sicknick’s older brother, Ken, told ProPublica in an interview that Brian had texted him on the night on Jan. 6 to tell him he had been pepper-sprayed but felt fine. He said his brother was dead the following night after suffering a stroke.