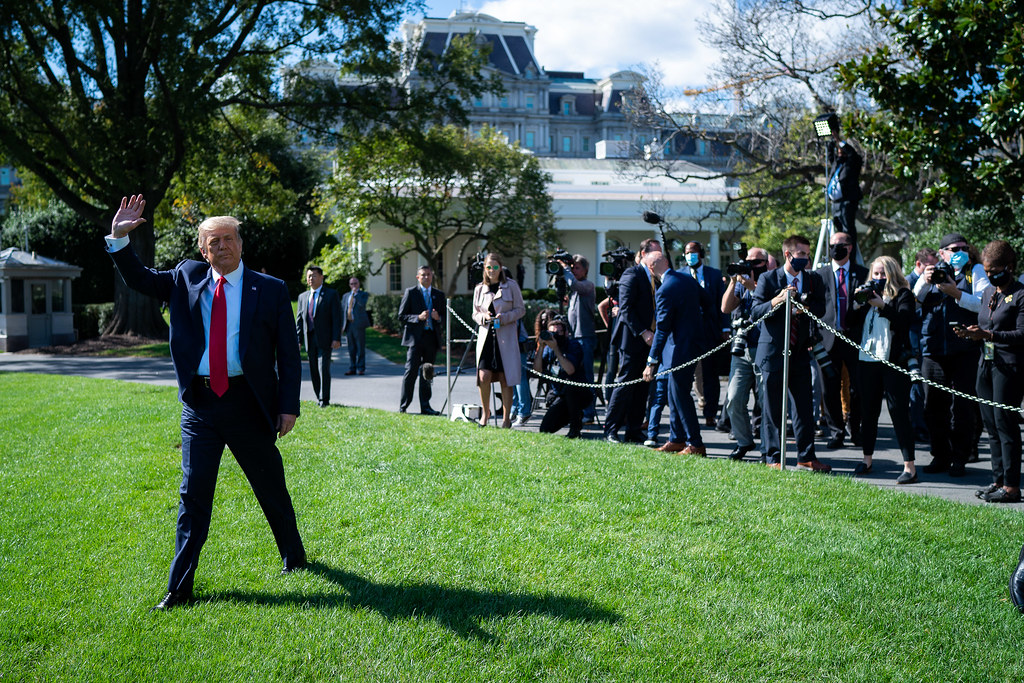 The Media Has Completely Lost It.

The media called out President Donald Trump for taking off his mask when he got home, even though he was not around anyone and he was outside on a balcony of the home.

The White House has already explained he is going to be quarantining off in a wing of the White House and there will be restricted contact with folks in PPE if contact is needed.

Most people who have the virus are not hospitalized and they quarantine at home. But, of course, the media ignores that reality because they want to attack Trump.

CNN’s Kaitlan Collins said in a tweet: “Only days into his diagnosis, the first thing President Trump does when he gets back to the White House is take his mask off,” referring to a video of the President outside.

Unsurpisingly, Dan Bongino points out a video of Collins ripping her mask off once she thought that the cameras were off and she didn’t have to posture.

The difference, though, she was not in her home without anyone near her. She was in the White House briefing room, with people all around her. So obviously she wants to kill people, right? That’s where they’re at now with their insanity.

The media has completely lost it at this point. They’ve just thrown away any pretense that might have put forth any objectivity in their efforts to attack and undermine President Trump.

Can you imagine the level of meltdown they’re going to have when he wins in November? The response will be something to behold.