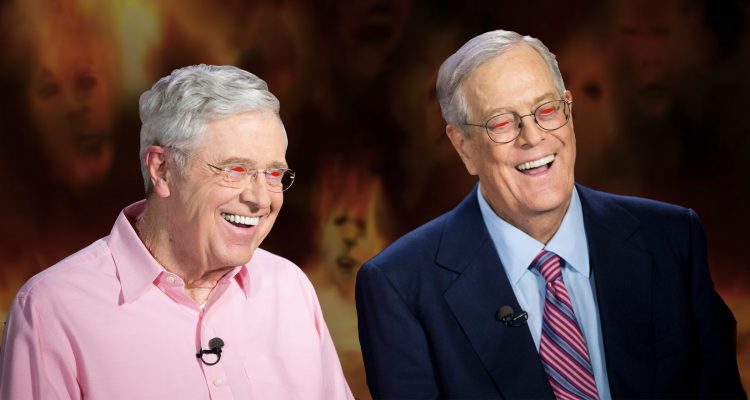 “The conservative Koch brothers are no more – even if they remain a political powerhouse,” reported The Chicago Tribune in July.

The comment came shortly after David Koch announced his decision to step out of the network due to health problems.

David’s older brother Charles, who has always been more involved in the family’s political efforts, wasted no time directing journalists to replace the phrase “Koch brothers” with “Koch network.”

And while the Koch brothers have long been viewed by Democrats in the way Republicans view George Soros, the network is increasingly forging its own political path – and it’s not necessarily moving to the right.

The Koch brothers never supported Donald Trump’s presidential campaign. And while the network has celebrated his gains on tax reform, the economy, and the Supreme Court, donors are frustrated with his populist views.

Speaking to donors at a secret retreat in July, Charles criticized Trump’s tariffs on trading partners and described what he calls the “destructive rise of “protectionism.”

Charles, age 82, also told donors he wasn’t “getting weak in the knees”(supposedly a reference to his brother’s departure) and that the network was “just getting started.”

Shorty after the retreat, the Koch network announced it would not be endorsing Rep. Kevin Cramer (R-ND) in his attempt to unseat Senator Heidi Heitkamp (D-ND). In June, the network ran a surprise ad campaign thanking Senator Heitkamp for her vote on a bill that eased banking regulations.

After the announcement, Trump referred to the Koch network as “highly overrated” and a “total joke.”

His comments couldn’t be further from the truth.

As noted in The Chicago Tribune, the Koch network remains one of the most influential political forces in the nation; it is a “conservative powerhouse simultaneously playing the long- and short-game in a way that ensures it will remain a dominant force long after President Donald Trump is gone.”

But the money behind these efforts has long been cloaked in secrecy.

As AP journalist Steve Peoples points out, “There’s no way to verify how or where the money is spent because most of its organizations are registered as nonprofit groups, which aren’t required to detail their donors like traditional PACs.”

Some of the most active organizations in the Koch network are:

In the meantime, the Koch network has promised to spend up to $400 million to shape the 2018 elections. Last time I checked, the network was involved in only three of eight toss-up Senate races. Midterm elections begin in just over two months.