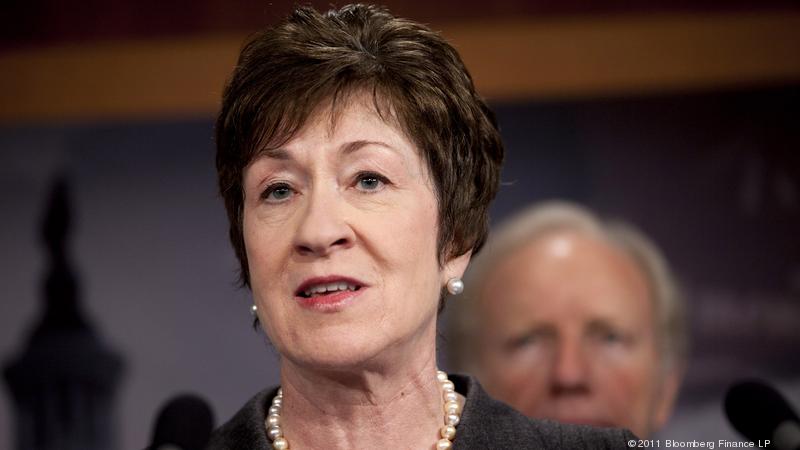 Probably no senator sitting in the impeachment trial has faced a more fateful decision on both the issue of additional witnesses and on voting to convict President Trump than Maine Republican Senator Susan Collins.

By all definitions, she is in a tough race for re-election.  Maine is a very progressive state and she had been able to maintain her seat by being among the more liberal Republicans.  But the perception of her in the Pine Tree State started to change when she voted in favor of confirming Brett Kavanaugh as a justice on the Supreme Court.

That Kavanaugh hearing pushed Collins through the wringer on the abortion issue.  As a pro-choice Republican, Collins was under intense pressure to vote “no” on seating a clearly pro-life Justice.  She did so in the belief – or with the excuse – that Kavanaugh said he respected precedent when looking at cases.  That could mean he would vote to uphold Roe v. Wade.  The pro-abortion advocates were not as convinced as Collins seemed to be.

The Trump impeachment trial put Collins back into the boiling water with two votes – one to vote in favor of having more witnesses and ultimately on the vote to convict or acquit.  Even more than the Kavanaugh vote, the impeachment put Collins into an even more untenable political position.

Collins voted against Trump on the issue of witnesses, but since her vote did not change the favorable outcome for Trump, she will not suffer any retribution from Trump voters.  But neither will she gain any favor from Maine’s progressive voters.

Collins political coup de grace may come with her vote on the issue of guilt.  Ironically, she is likely to lose support no matter which way she casts her vote.  The Democrats covet that seat.  If they cannot beat Collins, their chance of taking control of the Senate is greatly reduced.

On the other hand, Collins is not the darling of conservative Republicans and the Trump fans.  Their lack of enthusiasm will cost her some support – not from Republicans voting against her, but from those who stay home.

In short, it does not look good for Collins regardless of her impeachment votes.