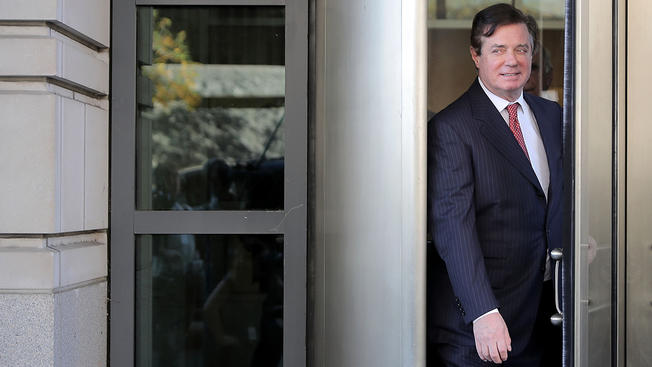 The ruling in the case of an Alabama man who pleaded guilty to a gun charge could have major implications for the unrelated white-collar case against Paul Manafort in New York — by keeping him exposed to another set of charges, even if he ultimately wins a presidential pardon.

At issue in the Alabama dispute was whether the “dual sovereignty doctrine” — which allows a person to face both state and federal charges for the same offense — violates the Fifth Amendment’s Double Jeopardy Clause. On Monday, the Supreme Court ruled it does not.

“Although the dual-sovereignty rule is often dubbed an ‘exception’ to the double jeopardy right, it is not an exception at all,” Justice Samuel Alito wrote in the opinion. “On the contrary, it follows from the text that defines that right in the first place.”

A Presidential Pardon No Longer Guarantees Freedom For Manfort

The ruling means that prosecutors in New York have free reign to continue their case against Manafort, who already has been convicted of federal crimes that include bank and tax fraud. Had the court ruled the other way in Monday’s case, Gamble v. United States, and eliminated the dual sovereignty doctrine, a pardon from President Trump would have left Manafort free and clear.

But since Presidential pardons can only be given for those convicted of Federal crimes and not state crimes, Manafort’s “get out of jail free card” is no longer guaranteed.

“No one is beyond the law in New York,” Manhattan District Attorney Cy Vance said in a statement when the indictment was announced. Manafort is facing 16 counts in that indictment, including conspiracy, residential mortgage fraud, and falsifying business records. The charges are based on allegations similar to ones related to his federal convictions.

The Gamble case, meanwhile, involved a man who was first convicted of a state gun possession charge following a guilty plea, then indicted in federal court for the same possession. He pleaded guilty in that case too, only to appeal with the argument that the federal charge violated double jeopardy.