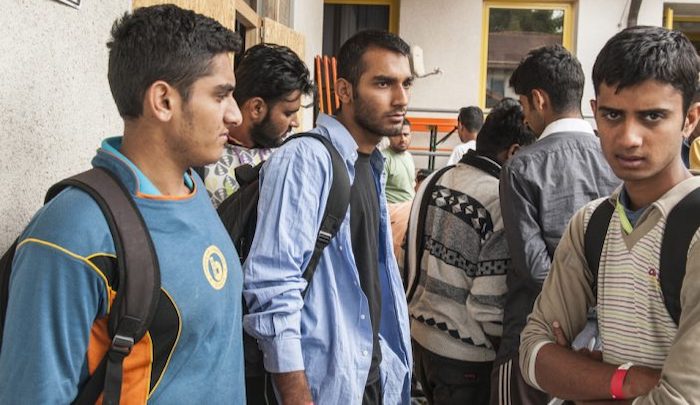 Study: Nearly half of migrants claiming to be underage in Germany are really adults

A study carried out by the Institute of Legal Medicine in Münster has revealed that nearly half of the migrants who claim to be under the age of eighteen are adults.

On behalf of courts and youth welfare offices, legal physicians from Münster investigated the age of close to 600 so-called ‘unaccompanied minor refugees’ whose age had been in doubt.

What the researchers discovered was shocking.

Of the 600 ‘unaccompanied minor’ who were forensically examined by physicians, 40 percent of the young men were adults, Focus Online reports. Most of these men were from Afghanistan, Eritrea, Algeria, and Guinea.

But the 40 percent figure is more than likely a lowball estimate. If there was any doubt of a migrant’s age after the forensic analysis, the researchers classified them as a minor.

Forensic Science Professor and Deputy Director Andreas Schmeling told members of the press: “Since we cannot pinpoint the date of birth for the day, there is a gray area. With this variability, we always judged in favor of the person concerned. Thus in cases of doubt, he would be classified as a minor.

The ages of migrants were determined via data obtained from several different methods. Migrants underwent physical examinations, while their dentures, wrist bones, and clavicles were examined radiologically.

So-called ‘unaccompanied minor refugees’ receive special treatment in Germany. They receive more financial and social support, while they generally don’t have to live in collective accommodations.

The German Association of Towns and Municipalities has surmised that the cost to take care of ‘unaccompanied minors’ is approximately 5,000 euros per month.

Physicians in Germany aren’t the first in Europe to uncover the disturbing truth that large percentages of migrants lie about their age to receive special treatment.

In June, various media outlets in Europe reported that that 90 percent of Moroccan migrants who’ve come to Sweden in recent years under the guise of being ‘minors’ are adults.

Last year in Sweden, a dentist has his career ruined after he revealed to the public that 80 percent of the migrant ‘children’ patients that he was seeing in his practice were adults.

And, just weeks ago, newly released statistics in France revealed that French taxpayers are spending no less than two billion euros per year on so-called ‘underage migrants’.