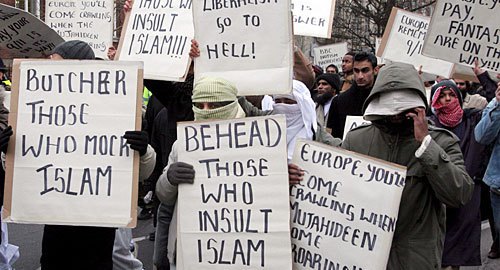 Judge Bernard Friedman has recently rocked the conservative world by showing a massive display of liberalism when he threw out all charges against Dr. Jumana Nagarwala and her cohorts on conspiring to commit, and aiding and abetting the commission of female genital mutilation in violation of 18 U.S.C.  2, 116,and 371. Judge Friedman, who has a history of making decisions that exert the promotion of free will, felt that Congress had no right to determine whether or not the mutilation of Muslim girls was constitutional or not considering this was not a common act within the United States. The far-right begs to differ.

You would think that anything that occurs on American soil, in an American hospital, under the supervision of doctors who practice in America, would be an American issue. Dr. Nagarwala not only practiced female genital mutilation (FGM) on young girls, but she had the support and backing of others who conspired to assist with this act. It is understood that Muslims practice FGM on young girls and babies as a cultural belief to ensure the virginity of young women. However, once this practice takes part on American soil it should be heavily restricted to ensure that other “cultural beliefs” aren’t practiced on children while in the United States.

There are many cultural and religious practices that exist, but when we allow something that involves the mutilation of young girls to receive a pass, we must then prepare ourselves for the contents within the Pandora’s box that we open. This is what many conservatives are screaming about…too bad no one hears them.

Was the decision completely off?

According to the cases’ legal court document, the government contends that FGM is “an illegal form of healthcare,” which led to their argument that since Congress can regulate healthcare, it can regulate FGM. They also pushed the argument that two of the defendants are physicians, the procedure was performed at a medial clinic, and that Dr. Nagarwala used “commercially-sold medical tools and supplies which were federally regulated as a commercial product.” So what went wrong? It appears as if the practice of FGM on American soil would be prohibited for all of the reasons stated. Unfortunately, the judge did not see it that way. In Judge Friedman’s ruling, he stated that the comparison of FGM to healthcare was unsuitable because FGM was actually a form of physical assault, not anything approaching a healthcare service. As it turns out, what failed the case was the government citing this section in its brief that dealth with abortion services and healthcare, generally.

It’s so unfortunate that liberal tendencies and agenda’s get pushed through the system when it fits their motives. Issues can get argued and rules somehow become bent to ensure that new legislation is either pushed, promoted or protected. Yet when there is an issue such as the mutilation of young girls, suddenly each word of a legal brief is dissected, and a ruling is given, even if it can be argued constitutionally. One must question how this ruling will play out if by chance the practice of FGM goes beyond the scope of young Muslim girls. Will the judge see the error in his decisive ways at that point? Maybe.