Rush Limbaugh Knows the Truth About the Coronavirus 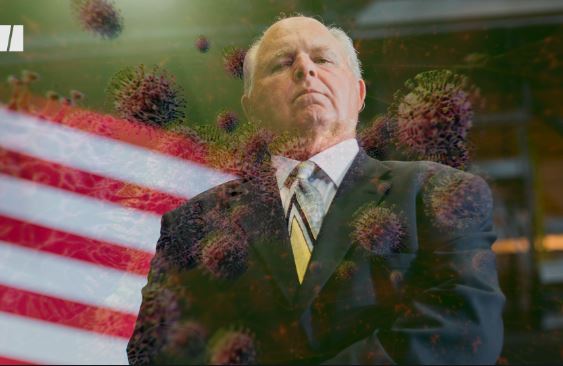 Conservative talk show host, and recent Medal of Freedom winner, Rush Limbaugh says he knows the truth about what is behind the coronavirus outbreak.

On a recent broadcast, Rush said that the coronavirus is nothing more than a “common cold” blown out of proportion by the media to take down President Donald Trump.

Rush then went on to say, “The drive-by media hype of this thing as a pandemic, as the Andromeda strain, as, ‘Oh, my God. If you get it, you’re dead…’ I think the survival rate is 98%,” he said. “Ninety-eight percent of people who get the coronavirus survive. It’s a respiratory system virus.”

Continuing, he added, “It probably is a ChiCom laboratory experiment that is in the process of being weaponized.”

Limbaugh then went on to claim that “all superpower nations weaponize bioweapons,” and the Russians “have weaponized fentanyl,” which is “also not what it is represented to be.”

“I’m not trying to get you to let your guard down. Nobody wants to get any of this stuff. I mean, you never… I hate getting the common cold. You don’t want to get the flu. It’s miserable,” Limbaugh declared. “But we’re not talking about something here that’s gonna wipe out your town or your city if it finds its way there.”

He concluded his diatribe about the virus with a deliberate jab at democratic-socialist Bernie Sanders.

“It came from a country that Bernie Sanders wants to turn the United States into a mirror image of: Communist China. That’s where it came from. It didn’t come from an American lab. It didn’t escape from an American research lab. It hasn’t been spread by Americans,” Limbaugh concluded. “It starts out in a communist country. Its tentacles spread all across the world in numbers that are not big and not huge, but they’re being reported as just the opposite. Just trying to keep it all in perspective.”

22 thoughts on “Rush Limbaugh Knows the Truth About the Coronavirus”