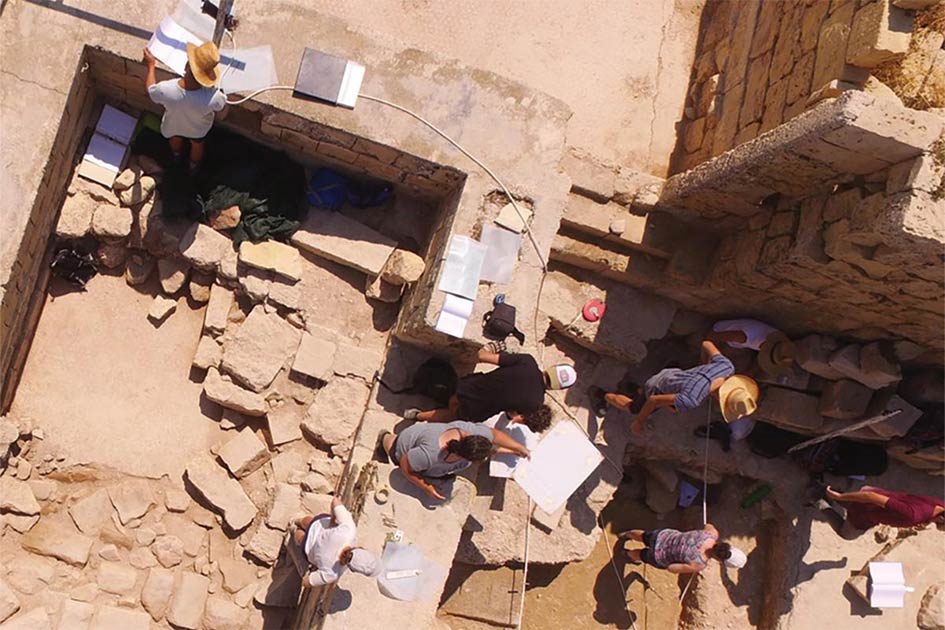 Roman Temple Discovered Under a Farmhouse in Malta

Malta lies at the very heart of the Mediterranean and it has many historic ruins and sites attesting to that fact. Now another feature has been added to the list. While working on a restoration project at a famous temple complex at Tas-Silġ, archaeologists made an amazing discovery. They unearthed the foundations of a very important Roman temple, concealed beneath a farmhouse, and this is helping experts to better understand a site that played a major role in religious life in the ancient world.

Tas-Silġ is on the south coast of the island of Malta. It is a major religious site which was occupied for over four thousand years – from the Stone Age to the Middle Ages. There are the remains of a megalithic temple and a Punic sanctuary at Tas-Silġ . These are believed to have been major pilgrimage sites that attracted the faithful from all over the Mediterranean. A renowned Roman temple was also built at the site, but little of this has survived.

The Roman Temple Under a Farmhouse

An 18th century farmhouse at the site had partially collapsed and experts were restoring it over a four-week period. Specialists from the University of Malta and Heritage Malta investigated the area around the farmhouse to determine if it had any archaeological potential, because it is adjacent to many historic remains . David Cardona, a senior curator, told Times of Malta “The farmhouse was built on a corner of the temples, so the chance of finding remains at the site was always very high, but it was never investigated thoroughly.”

While investigating, the team came across the foundations of the famous Roman temple. The Romans annexed Malta after the Second Punic War and it prospered for many centuries under their rule. Malta was later briefly occupied by the Vandals, before it was ruled by the successors of Rome, the Byzantines. The foundations are apparently from part of the renowned temple that was dedicated to the Roman God Juno, which was eventually converted into a Byzantine Church.