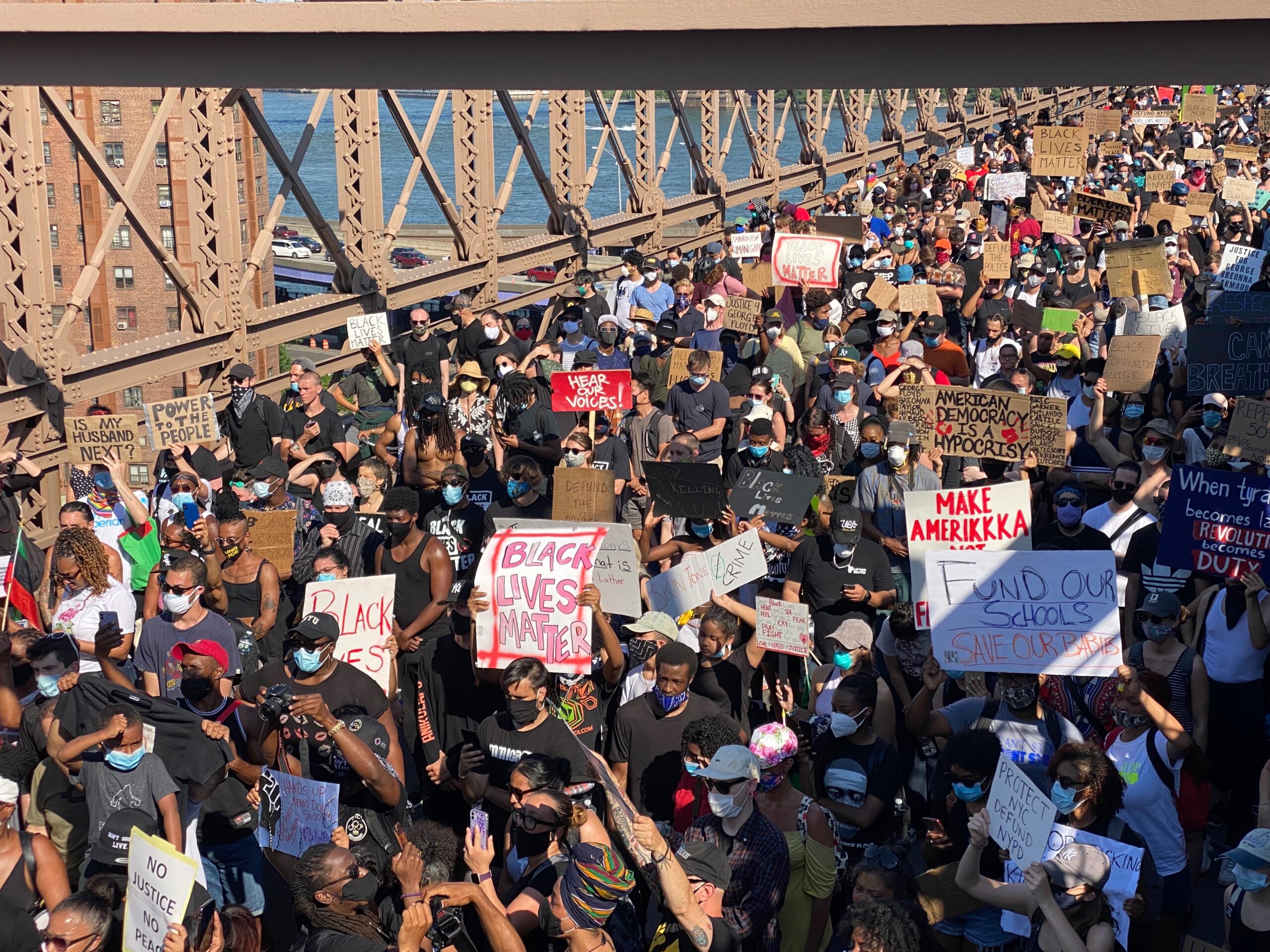 A family of seven, which included four children, were pepper-sprayed by violent rioters on Sunday while participating in a “Jews For Trump” rally in New York City.

A spokesperson for the New York Police Department said 11 people were taken into custody after the rally descended into chaos and violence Sunday afternoon. Six people were charged with disorderly conduct, obstruction of government administration, and harassment. A seventh person was charged with assaulting a police officer and resisting arrest, the NYPD said Monday.

A convoy of hundreds of cars draped with American flags and “Trump 2020” banners rolled slowly through Manhattan and Brooklyn on Sunday afternoon. The caravan traveled from Coney Island to the Trump Tower in Manhattan before heading to a rally in a Brooklyn park.

At one point, fights broke out between supporters and opponents of the president.

A member of the family that was pepper-sprayed told Fox News that the attack was unprovoked and happened while the family was driving down Fifth Avenue with the car windows down and Trump flags displayed.

The man wished to remain anonymous, fearing his family could be targeted. He said a car pulled up next to them and unleashed pepper spray into their vehicle.

“Immediately the kids started crying and screaming and I jumped out of the car after I was peppered [sic] sprayed as well,” the man said.

The man said the attacker chased him down the street trying to pepper-spray him again. His mother flagged down an officer and the suspect was arrested.

The man said that the kids “are now left traumatized” and still “coughing from” the residue.

The encounter was one of many violent confrontations between the rally’s participants and protesters. The Jewish Telegraph Agency reported that a convoy was to take place in several Orthodox Jewish communities ahead of a planned event in Brooklyn’s Marine Park. The event was organized by Boris Epshteyn, an adviser to the Trump campaign and co-chair of Jewish Voices for Trump.

Multiple disturbing video clips of the convoy posted on @NYScanner show crowds not taking too kindly to rows of vehicles with hoisted “Trump 2020” flags.

In one video, a man can be seen throwing eggs at the convoy in Brooklyn.

In another video, pedestrians can be seen throwing rocks at vehicles displaying a Trump flag.

The hostility lingered throughout the day. In multiple clips, people can be heard yelling expletives at the “Jews For Trump” participants.

One man on a bike appears to be so angry that the “pro-Trump” vehicles have congested traffic on the Brooklyn Bridge that he resorts to punching a window.

Later, a scuffle broke out between the pro- and anti-Trump crowd in the middle of a street. Masked protesters could be seen in one clip converging on a vehicle doused in red paint as “YMCA” is blasting in the background.

“Go home! We don’t you here!” somebody in the crowd shouts.

“Go back to Long Island!” another person shouts.

A video posted on Twitter shows a pro-Trump caravan led by former NYC Mayor Rudy Giuliani being pelted with eggs.

In the clip, Giuliani can be seen rolling down the window from the passenger side of a vehicle. He briefly speaks to a police sergeant before the car drives away. Protesters can be heard shouting expletives at the former mayor.

Several police officers can be seen struggling to separate the opposing sides before slapping handcuffs on a bicyclist.

The fight between the opposing sides continued as people brawled between a traffic divider. In the confusion, a masked protester appears to strike a Trump supporter on the head. As the masked culprit tries to run away, another person trips him, causing him to fall and slam his head into the ground.

Police later declared the gathering an unlawful assembly. One of the people arrested on Sunday, a 36-year-old homeless man identified as Devan Harris, is accused of throwing eggs in two police officers’ faces and then resisting arrest, the NYPD said.