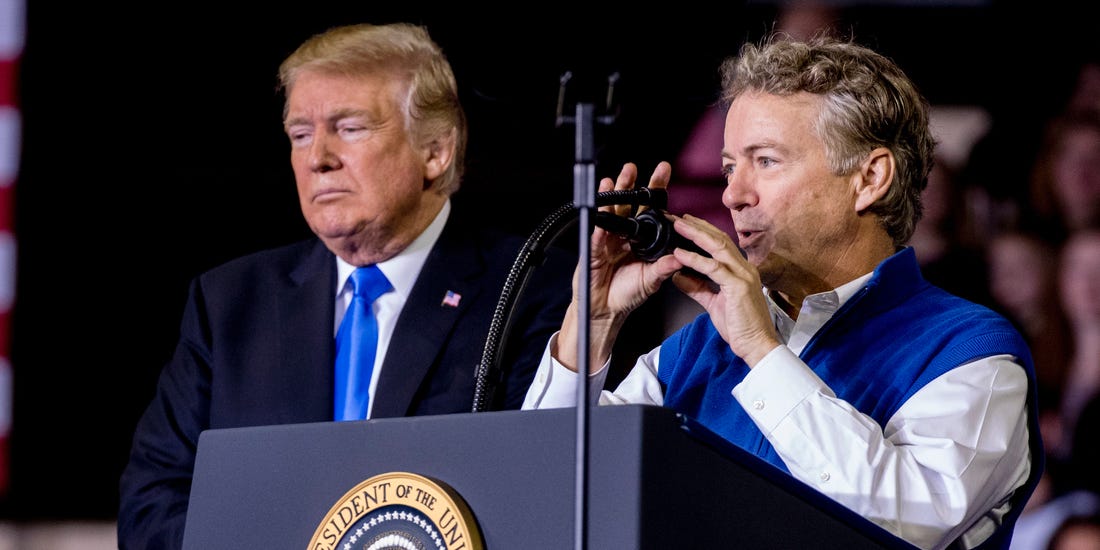 President Donald Trump has ‘every right’ to withhold aid to Ukraine, or from any country, where he thinks corruption is taking place, Republican Senator Rand Paul said over the weekend.

“Every politician in Washington is trying to manipulate Ukraine to their purposes,” the grassroots right-wing Senator from Kentucky said.

“I think we’ve gotten lost in this whole idea of quid pro quo,” Paul argued during an interview with Chuck Todd on NBC’s ‘Meet the Press’ over the weekend.

Transcripts from the House Democrat-led impeachment inquiry against President Trump have revealed that some administration officials think Trump withheld US military aid for Ukraine until the country opened an investigation into Joe Biden and his son, Hunter Biden, who was given a lucrative position on the board of a Ukrainian energy company.

Democrats allege this constitutes proof that there was quid pro quo involved in Trump’s call with Ukrainian President Zelensky.

“If you’re not allowed to give aid to people who are corrupt, there are always contingencies on aid,” the Kentucky senator argued.

“Well, if it’s corruption and he believes there to be corruption, he has every right to withhold aid,” Paul said.

“Presidents have withheld aid before for corruption. I think it’s a mistake to say, ‘Oh, he withheld aid until he got what he wanted.’”

Despite his arguments in support of the president, Senator Paul, who will act as a juror in the Senate trial if Trump is impeached by the House, argued that the Trump administration was making a “mistake” in arguing that the president didn’t engage in a quid pro quo.

“Every politician in Washington other than me, virtually, is trying to manipulate Ukraine to their purposes,” he said.

“I wouldn’t give them the aid because we don’t have the money,” the senator said. “We have to actually borrow the money from China to send it to Ukraine, so I’m against the aid and I think it’s a mistake to do the aid so I wouldn’t have played any of these games.”