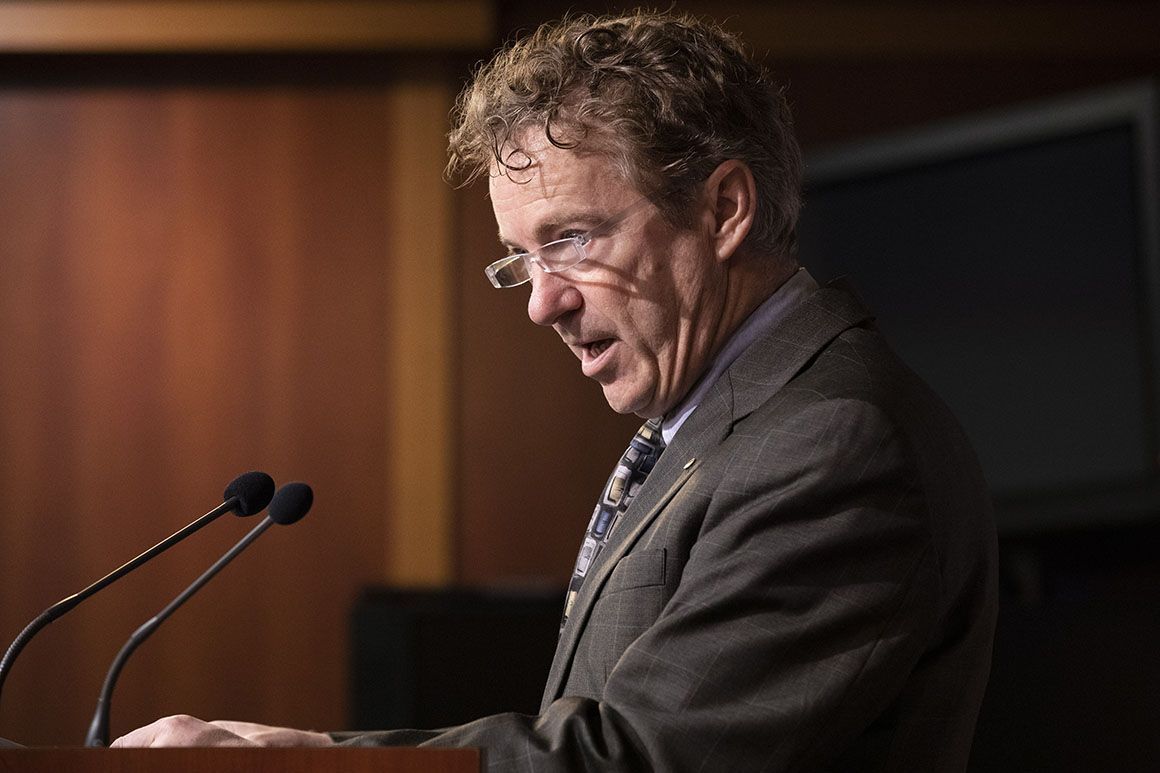 After being denied by Chief Justice John Roberts last week, Paul used a period reserved for senators’ impeachment speeches to read aloud the name of an intelligence community official alleged to be the whistleblower.

But Paul first pointed out that the question he wanted to pose, which Roberts denied, while using the name of an NSC official reported by conservative media to be the whistleblower, did not actually identify the person as such.

The names were not made public, but it is safe to assume that at least one of them was Eric Ciaramella, a name we have reported on these pages, and whom Donald Trump himself has said is the alleged whistleblower.  Ciaramella is an ex-CIA operative who has ties to major Democrats and anti-Trump members of the intelligence community. It has also been reported that he dated Adam “Shifty” Schiff’s daughter!

The Kentucky senator also displayed the question on a poster board positioned nearby. It alleged that an official at the White House National Security Council (NSC) conspired with a Democratic staffer of the House Intelligence Committee, which spearheaded the impeachment inquiry.

Trump and his Republican allies have long sought to out the anonymous whistleblower who used official channels to raise concerns about a July 25 phone conversation in which Trump asked Ukrainian President Volodymyr Zelenskiy to investigate former Vice President Joe Biden, who is now a leading Democratic presidential candidate.

Lawyers for the whistleblower and Democrats have accused Trump and other Republicans of jeopardizing the personal security of the person by seeking to publicize the name.

Paul said Tuesday that he supports protections against reprisal for whistleblowers but not necessarily anonymity.

Rep. Louie Gohmert (R-Texas), also used the alleged whistleblower’s name during the House Judiciary Committee’s impeachment hearings back in December, though he, too, did not identify the person as the whistleblower.