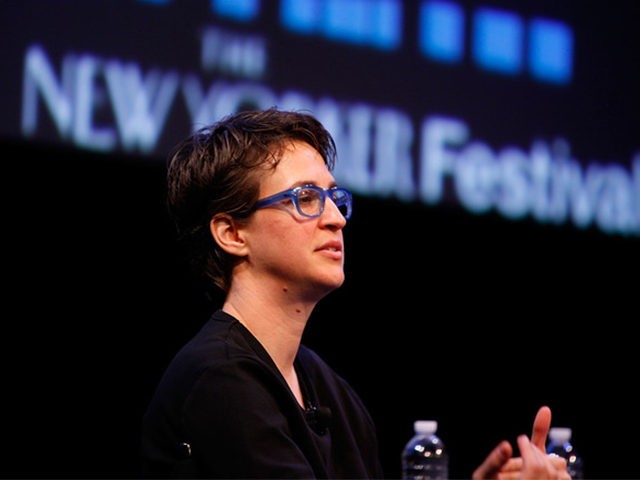 MSNBC’s Rachel Maddow, who undermined a presidency by lying to her stupid viewers for three years, now believes people who legally contest elections should “go to jail.”

Maddow’s guest was a fellow fascist from the NAACP, who could not have agreed more with Rachel Stalin. Here’s a partial transcript from Monday night:

I think a lot of people are also worried about what you were describing there, about these tactics, both by the president and by his campaign and by Republicans who support him; that after an election, elections officials are now subject to lobbying, subject to pressure, subject to enticement or threats in a way that should get them to do whatever their party or the party in power or anybody else who has an effect in terms of influencing them, can get them to do.

I want to go back to that not being a norm in our democracy. I’m worried that now that the Trump administration has set this precedent, it will be. And it feels like the only way to stop that becoming the new normal, at least in Republican politics, is for some people to go to jail for it or to feel like they are going to get in trouble if they get caught doing something like that.

When Rachel Stalin says  — “subject to lobbying, subject to pressure, subject to enticement or threats in a way that should get them to do whatever their party or the party in power or anybody else who has an effect in terms of influencing them, can get them to do” — she’s talking about legally  contesting an election, legally demanding recounts and re-canvassing, legally filing lawsuits, legally pressuring people to do what you believe is the right thing.

Nothing President Donald Trump has done is illegal, is anything different from what Al Gore did in 2000, or outside the scope of the Constitution.

I’ve watched for 20 years as Democrats and their corporate media allies contested every Republican presidential victory since 2000.

Let me explain something to the America-impaired…

What the Obama administration did was illegal — flat-out illegal. Criminal.

And Rachel Stalin might want to be careful about criminalizing lies to undermine a presidency, because when it came to undermining Trump with lies, Rachel Stalin was the most brazen and shameless liar in all of media, which is saying a lot in a world where CNNLOL is still on the air.