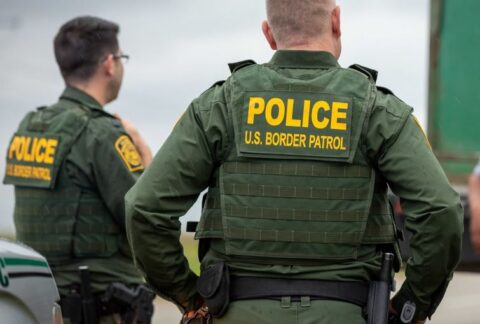 Border Patrol agents in the Del Rio Sector arrested a previously deported child sex offender who attempted to reenter the United States. The arrest came after his deportation in 2020 after he served a prison term for sexual abuse of a child.

On January 28, border patrol agents came across a migrant who illegally crossed the border from Mexico into Texas. The agents arrested the man for illegal border crossing. He was transported to a processing center.

All migrants that are apprehended by Border Patrol agents must undergo a medical screening and criminal biometric background investigation before being deported to Mexico under Title 42 Coronavirus protection protocols that the Centers for Disease Control and Prevention implemented.

During the background investigation, agents identified the man as 39-year-old Eduardo Bernal-Nava of Mexico. After checking records, agents discovered his criminal conviction in 2015 for continuous sexual abuse of a child and lewd acts with a child. He was sentenced to six years and eight months in prison.

Bernal-Nava now faces federal charges under 8 USC § 1326 – Re-entry After Deportation. If convicted, he faces up to 20 years in federal prison.

“Border Security is National Security and is vital to the safety of this great nation,” said Del Rio Sector Chief Patrol Agent Austin L. Skero II in a written statement. “I am extremely proud of our agents for preventing yet another predator from entering our communities.”