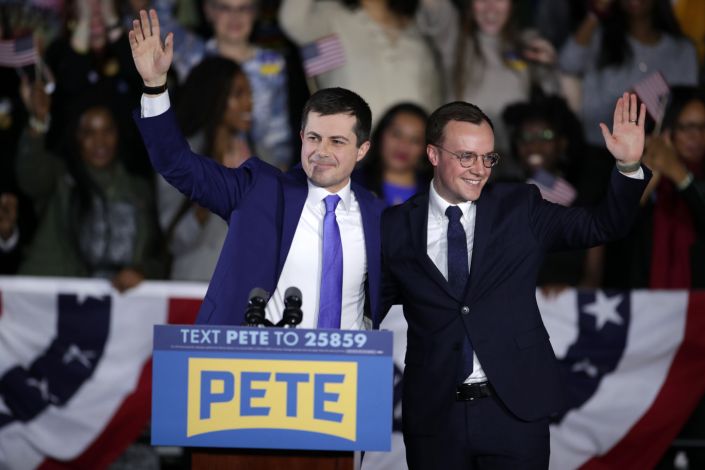 The Democratic 2020 mission to oust President Donald Trump could not have got off to a more disastrous and embarrassing start.

The party couldn’t even deliver a first-in-the-nation election night winner after a vote-reporting debacle in Iowa — where candidates spent months and millions of dollars vying for a glittering opening prize in their nominating contest.

“Iowa, you have shocked the nation,” said former South Bend, Indiana, Mayor Pete Buttigieg. However, that did not stop Mayor Pete from claiming victory, late Monday night, even while no official results had been tabulated.

“Tonight, an improbable hope became an undeniable reality,” Buttigieg told a cheering crowd. “So we don’t know all the results, but we know by the time it’s all said and done — Iowa, you have shocked the nation. Because by all indications, we are going on to New Hampshire victorious.”

Buttigieg’s official Twitter account also sent out some tweets in which the former mayor appeared to declare victory.

“The skeptics said ‘not now,'” said one tweet. “‘Not this time.’ All this talk of ‘belonging,’ of bridging divides, is too naive. Too risky. So tonight I say—with a heart filled with gratitude—Iowa, you’ve proved those skeptics wrong.”

Iowa is the first state to hold a contest in the Democratic primary. The caucuses began at around 7 p.m. CT, but the night ended without any official vote totals because of technical difficulties with the reporting process that resulted in widespread delays.

Meanwhile, Bernie Sanders said he has a “good feeling” and his campaign also says he got the most delegates. Elizabeth Warren called the outcome “too close to call.” Joe Biden, who said he would “walk out of here with our share of delegates,” had his campaign send a letter of complaint about the reporting difficulties.

And, of course,  the Trump campaign did not miss an opportunity to crow that “Democrats are stewing in a caucus mess of their own creation with the sloppiest train wreck in history.”

In fact, the ultimate winner in last night’s debacle was probably the president. The caucus nightmare played right into the hands of Trump who has been trying for months to brand all of his rivals as weak, disorganized and even worse — plotting to rig the results to hand its crown to an establishment favorite. The Trump campaign’s aim is to create a narrative that tars the eventual nominee as illegitimate. And on the eve of his State of the Union address and two days before he’s set to be acquitted in his impeachment trial, things cannot have worked out better for the President.

“It would be natural for people to doubt the fairness of the process. And these are the people who want to run our entire healthcare system?” Trump campaign manager Brad Parscale said, gleefully wringing every last drop of political advantage out of the Democratic foul-ups.

CNN is reporting that the official results should come in sometime Tuesday.