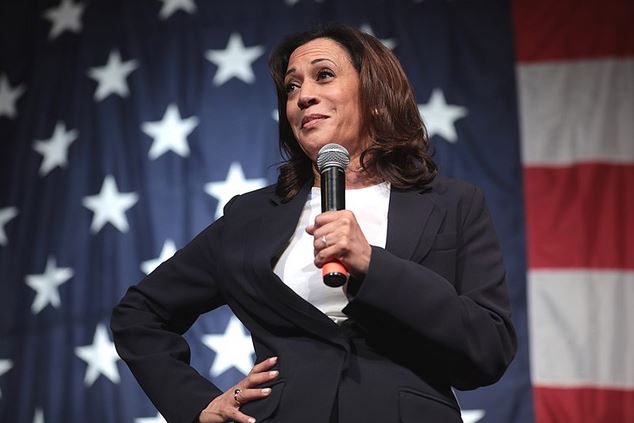 Senator Kamala Harris (D-CA) has been an outspoken supporter of DREAMers enrolled in the Deferred Action for Childhood Arrivals (DACA) program. But it appears that she lacks the same level of sympathy for the parents of Americans killed by immigrants who illegally enter the country.

Breitbart News reported that two Angel Parents — people who have lost children to illegal immigrants — attempted to visit Harris’ office on January 15, 2019, but were rejected by members of her staff. Sabine Durden and Don Rosenberg told the news outlet that the senator ignored them when they stopped by her office during a visit to House Speaker Nancy Pelosi’s (D-CA) office.

When the two angel parents walked by Harris’ Senate office, they saw a sign that read, “DREAMers are welcome here” in Spanish. Durden took a picture of the sign while placing her son’s photo next to it.

The two parents said that one of Harris’ staffers greeted them when they walked into the office, holding pictures of their sons. “I said ‘they used to have big dreams until they were killed by illegal aliens,’” Durden recalled.

Rosenberg said to the staffer, “I see DREAMers are welcome here; what about nightmares?” referring to his son’s murder. “I said, ‘we’re living a nightmare because our kids were both killed by illegal aliens.’” He recalled that the staffer froze after hearing this statement. Durden told the person that they were Harris’ constituents.

At that point, the two were asked to leave the office.

Rosenberg said that he was surprised by the reaction. He said he expected sympathy after telling the staffer the stories of their sons. Durden stated that the staffer did not want them in the office after hearing that they were parents of men killed by illegals.

“We would give two minutes of our time for her to see the pain, but we don’t even get that respect. It’s painful to see,” Durden said. Rosenberg told Breitbart News that he has tried to meet with Harris for years but has not been successful.

‘Too busy’ for own constituents

The last time Rosenberg tried to meet with the senator, he was informed that she was too busy.

But during that same time period, Harris participated in an unplanned press conference to condemn President Trump for rescinding the DACA program in September 2017. “She can be at a press conference for DACA recipients, but she can’t meet with a constituent,” he complained.

Breitbart points out that at his conference, Harris took senior Trump administration officials to task for never meeting with any of the individuals enrolled in the DACA program. “When I asked, they confessed they’d never met a DREAMer,” Harris said. “How can you form such strong opinions about people you’ve never met, people you don’t know, and then allow this population of people to be vilified. It’s not only wrong, it’s irresponsible.”

While bashing Trump officials for not meeting with DACA recipients, Harris actively refuses to meet with the parents of Americans who are victimized by illegal immigrants. These perpetrators are able to commit these crimes due to policies that Harris supports.

Harris, who is also Democratic presidential candidate Joe Biden’s running mate, proposed that the U.S. should grant amnesty for the 11 to 22 million illegal immigrants residing in the U.S.

It is no secret that Democrats like Kamala Harris care more for illegal immigrants than American citizens. While the majority of these individuals are not violent criminals, the fact remains that there would be fewer angel parents if the U.S. enforced its immigration laws and secured the border.

Unfortunately, the open borders crowd has its own agenda, and it has nothing to do with protecting Americans. The true reason why progressives support open borders policies is that they seek more power. Importing more people from third-world countries will displace American workers, but it would also give them a steady stream of millions of new voters in their favor.

It is electoral power that the Democrats want, not the safeguarding of American lives and jobs. If people like Harris have their way, illegal immigration will rise sharply, no matter the cost.