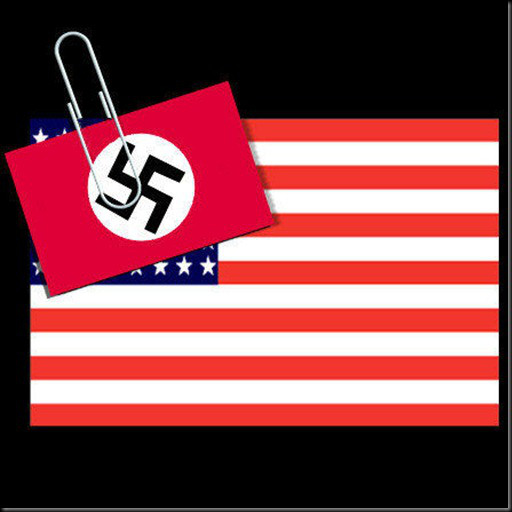 Being the greatest military power in the world is what apparently most world powers strive to be.  This is especially true when considering the United States of America.  I guess the motto is win or go home.  This country has been doing quite a bit of winning.  Most of these wins go unnoticed by the general public.  This is because a lot of victories are won covertly.  Of course, transparency is not exactly what I would expect from a government.  A team can’t let an opposing team get a hold of its playbook.  Some of the decisions made by government and military officials are above the pay grade of the average individual.  The government can’t expose all.  Take it from an Army veteran.  But, to what extent should a nation go to be and remain at the top of the pile?

Our government and military have come under fire for its involvement with Nazi war criminals.  These men were recruited by the United States under the top-secret program called Operation Paperclip.  There were a total of 1600 scientists and engineers that were covertly brought over to the United States via Operation Paperclip to help the U.S. win the arms race.  These Nazi scientists were responsible for and carried out some of the most horrific and heinous war crimes in history.  Eugenics was one of the tools used to get rid of unwanted groups of people.  Most people feel that eugenics started in Germany.  This is not true.  Eugenics actually started in America and was spearheaded by Margaret Sanger.  She was also the progenitor of Planned Parenthood.

Granted, the U.S. was desperately working on keeping a few steps ahead of the now-debunked Soviet Union.  Anything to stay ahead of a rival nuclear power.  But, at what cost?  Instead of the U.S. making sure that these Nazi war criminals were prosecuted for their atrocious and inhumane attack on humanity, they were suited to be recruited.  That’s right.  The very same scientist that worked to exterminate an entire ethnic group (Jews) were given asylum in the United States of America.

In the spring of 1945, the U.S. Navy “received in custody” the inventor of the Hs 293 missile.  His name was Herbert A. Wagner.  Wagner was an Austrian that worked in the field of aerodynamics.  The Hs 293 missile is also known as the Henschel Hs 293 glide bomb.  Werner Von Braun created the United States V2 Rocket.  Werner was the leading aerospace engineer in Nazi Germany.

Dr. Walter Schreiber was a well-known epidemiologist and biology professor in Germany at the time of WWII.  He rose to the rank of major general in the

Wehrmacht Medical Service.  Also, as a member of the Reich Research Council, he conducted severable inhumane and sadistic experiments on Jewish prisoners and slaves in Auschwitz.

After WWII, Schreiber testified in the Nuremberg Trials against Herman Goering.  He also worked for the CIA and therefore shielded from being prosecuted for is medical atrocities that he himself committed.  Is this how justice works?  It didn’t work for John Gotti but it did work for Sammy “The Bull” Gravano.  During the reign of the Nazi’s, he introduced lethal phenol injections to effectively exterminate so-called trouble makers.  Schreiber conducted savage experiments.  One such experiment included cutting open the legs of women imprisoned at Ravensbrueck and purposely infecting them with gangrene.  Afterwhich, they were given bone transplants.  This would usually end in a slow and agonizing death.  Walter later reemigrated to Argentina.

Our government and military have been dealing in black ops or clandestine operations all across the world.  These programs go on without the knowledge outside of the knowledge of the general public.  Was the fear of the Bear so extreme that the U.S. is justified in its acts?  Are there no holds barred when protecting a nation’s sovereignty?  These are definitely some points that we may need to evaluate further when thinking of the future of America.