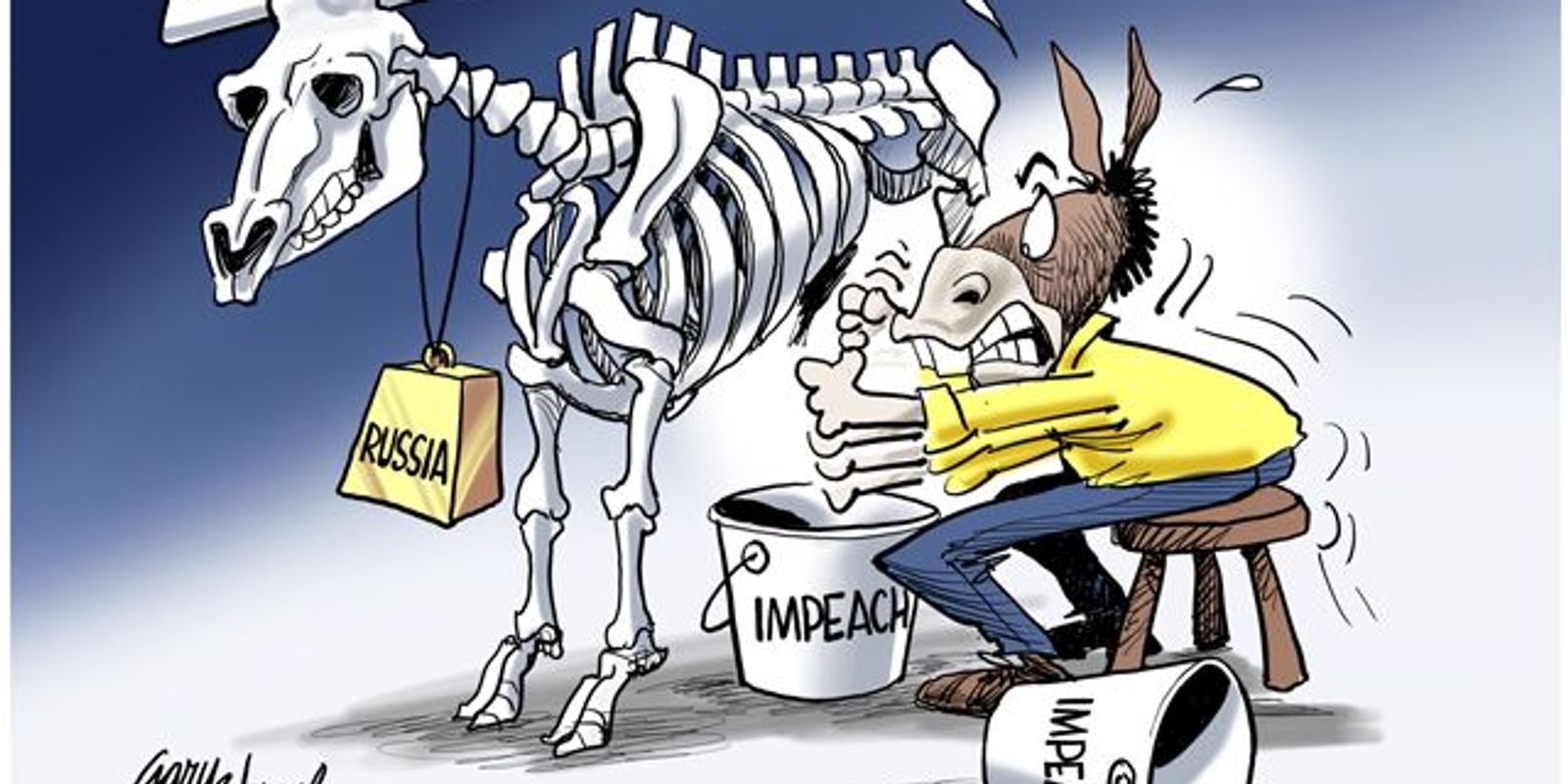 The latest mantra from the political gurus of the radical left is that the release of the long-anticipated report from Special Counsel Robert Mueller is just the beginning of the efforts by the #NeverTrump Resistance Movement. With the intentions to delve into the matter of criminal collusion and obstruction of justice – and any number of other fishing-expedition investigations currently being teed up by Democrats.

Sadly for the institution of American journalism, the anti-Trump news media is embracing this latest partisan-driven narrative as if it is factual news – just as they so eagerly and as speciously embraced and advanced the false narrative of criminal collusion and obstruction of justice throughout the 23-month Mueller investigation.

The liberal partisans in the Fourth Estate are using what is left of their tattered reputations and declining credibility (according to polls about which they do not report) to double down on the same bogus narrative they dishonestly proffered for more than two years.

Despite the Mueller conclusions that there was no improper (illegal) coordination between President Trump and Russian operatives and insufficient evidence to establish obstruction, the crazed left is continuing to claim that Trump DID criminally collude and most certainly committed the crime of obstruction.

They opine that any ordinary person would most certainly have been indicted on any one of the points Mueller cited in his Report. If that is true – and we have no reason to believe that it is – God helps save the common person from the scary power of professional prosecutors.

The Resistance Movement media inconsistently argues (nothing new there) that the only reason Mueller did not bring prosecutorial charges against Trump is that it is “a very high bar.” Really? The general view has long been that thanks to the grand jury system, a prosecutor could indict a ham sandwich.

New York Congressman Jerry Nadler, the diminutive radical left socialist chairman of the House Judiciary Committee, is promising to hold hearings on every aspect of Trump’s political, business and personal life for the next two years. He has already started the process of issuing subpoenas with machine-gun rapidity. Not since emperors presided over the games in the Roman Coliseum has a political figure promised a greater public spectacle for the sole purposes of political gain and self-aggrandizement.

To pick up on President Lincoln’s language, the left-leaning media came very close to fooling all the people some of the time with their prolonged false narratives against Trump and Russia. They continue to fool some of the people all of the time – the so-called Resistance Movement folks and maybe themselves. But thanks to Mueller, they cannot continue to fool all the people all the time. But … that is exactly what they think they can do by re-investigating the same issues – plus whatever else they can conjure up.

The lust for impeachment courses through the veins of the Democratic Party despite the efforts of saner and more pragmatic leaders – including House Speaker Nancy Pelosi – to derail the notion because it is likely to backfire. So far that has not stopped the clamor for impeachment and most certainly has not dissuaded people like Nadler from wanting to produce the most prominent political circus since … the Clinton impeachment fiasco.

Democrats obsessed with impeachment may discover that the only “beginning” to be noted at this time is the beginning of the end of their political support among the American people.