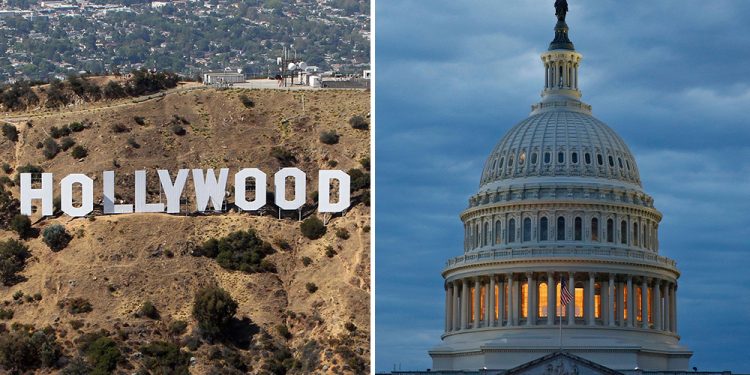 That is the message we are getting from much of the east coast news media establishment. That type of reporting has many names – yellow journalism, fearmongering, propaganda, political bias and sensationalism – and they all apply.

Having perused recent morning reports on CNN and MSNBC – including contributions from their mainstay New York Times, and the Washington Post panelists – I felt obligated to go outside to see how badly our world has been damaged.

I looked skyward to see if there was some comet hurling toward Florida.  There was none.  I spanned the area to see if all the vegetation was denuded of foliage in a post-atomic blast landscape.  Nope.  The sky was still blue and not collapsing.  My diverse assemblage of friendly neighbors were not walking around like zombies or screaming in terror – apparently unaware of the calamity about to strike our nation.

According to the reports, we are in the midst of an attempted coup that will end the great American experiment in democracy.  That is what MSNBC’s Ali Velshi repeated calls Trump’s legal efforts – an attempted coup.  That is just plain nutty.

One might see my mocking reaction as a bit exaggerated – because it is.  But perhaps no more ridiculous than all those reports on the imminent demise of the American democracy – the fall of the Republic we get from the leftwing press on a 24/7 basis.

These nincompoops from the left-wing networks suggest that the United States is under threat of a real coup by outgoing President Trump.  Remember how they predicted that Trump would not leave office if he lost the election.  They conjectured that he would have to be carried out of the office by U.S. Marshalls.  That does not seem to be the case.

Contemporary reporting is just a continuation of the movie-script fantasies that Democrats and their media cronies have been spewing out in place of fact-based news. How can we forget that great Hollywood series of epic political fiction that started with, “The President and the Russian Conspiracy?” That was followed by, “The Case of the Fraudulent Impeachment,” “The Ukrainian Connection” and the most recent release, “The Rise and Fall of the American Republic.”

Each of these political melodramas features a President of the United States acting in a treasonous manner. Not since “The Manchurian Candidate” have we seen an American President portrayed as an asset or agent of an enemy foreign power.

The problem is that these storylines are not the creation of Hollywood scriptwriters and put on the big screen by major movie studios. That could be interesting entertainment, but the shows are being sung by a choir of major news networks and newspapers – suggesting that their soap opera librettos are based in fact.

We are told that the threat to our nation is imminent and compelling. They say it is the greatest danger that this nation has ever faced – not taking into consideration the Revolutionary War, the War of 1812, the Civil War, the Great Depression and the 1960s Days of Rage.

Of course, in their false narratives, the person responsible for the chaos and the pending collapse of American Democracy is President Trump. According to them, Trump is crumbling the very foundation of the Republic by pursuing his legal and constitutional right to challenge the result of the election – and his right to express his opinion. Nothing he has done so far is illegal or unconstitutional. The fact that Trump has been operating within the rule-of-law should be comforting and reassuring. Our constitutional Republic is operating quite well in weathering this political tempest in a teapot.

On the other hand, if the news folks wanted to script something closer to reality, they might consider “The Grinch Who Stole the Presidency.” Yeah, I know there is a lot of controversy as to whether the election was stolen, but there should be no controversy that there were considerable election irregularities – from lack of ballot security to outright vote fraud. There is reason to investigate – and that is what Trump is doing and what we, as a nation, must continue to do even past Inauguration Day.

Whether there is enough evidence of wrongdoing to pull out a Trump victory or not – and it probably is not – it is critically important that we seriously address the suspicious and the more than suspicious examples of wrongdoing in the 2020 election. The sad fact is that the presidential election will not be overturned whether the victory was stolen or not. Stealing elections almost always works.

The media proffers the ridiculous notion that there have been no election irregularities – and claims that pointing to such irregularities destroys public confidence in the electoral process. That is sort of ass-backwards. The best way to restore confidence IS to investigate every suspicious activity – and then prosecute anyone found cheating.

Unfortunately, it appears that our creative media folks will continue to be churning out the fictional narratives against Trump, the Republican brand and especially we principled conservatives. For the foreseeable future, the mantra of the east coast progressive establishment will be “lights, camera, action.”