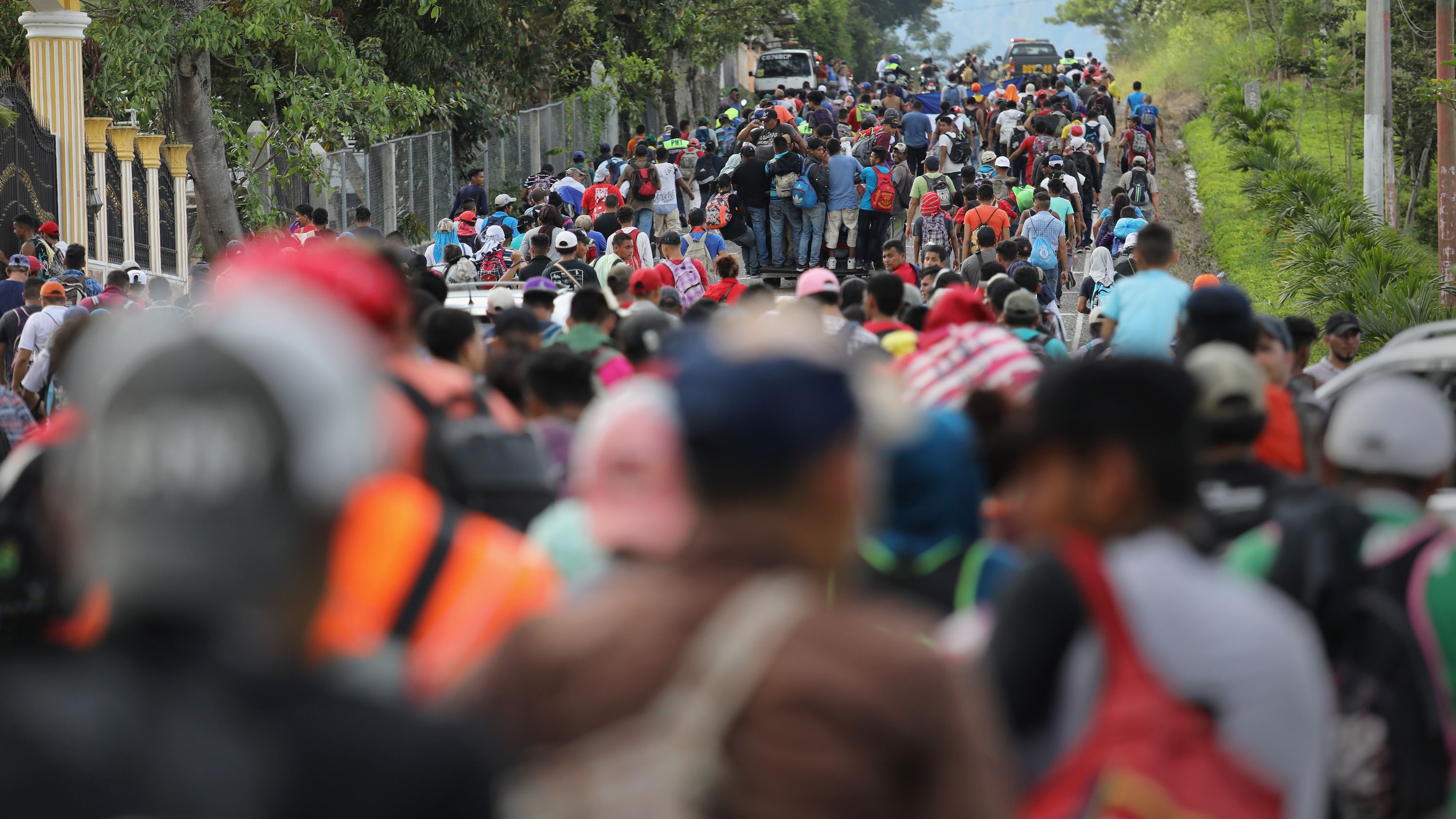 Hundreds of Hondurans have gathered in the city of San Pedro Sula with plans to make their way north toward the U.S.-Mexico border. Immigration authorities in Guatemala have warned that around 1,1000 migrants on buses were headed toward the two countries common border.

The migrants composing the newly formed caravan have told reporters that President Donald Trump’s threat to seal the United States southern border wouldn’t hinder their efforts to make it to the U.S. Many say that they are unable to support their families in Honduras, so they decided to join the caravan, hoping to have more opportunities in the U.S.

According to the Associated Press, a woman by the name of Nohemy Reyes who waited at the bus stop with one of her five kids,  said that her country’s economic situation was causing her to head north.

“The economic situation is very difficult,” she told AP reporters. But if she finds that the border is closed upon her arrival at the U.S.’s southern border, she said that she would return to Honduras.

Another migrant in the caravan told a reporter from CNN: “I’m not afraid. When you set yourself a goal and you trust in God then you do everything to get there and in my case, my goal is to get to the US.”

According to Mexico’s immigration authority, the National Migration Institute, a group of 350 Central American migrants from another caravan of 2,500 strong – this time from Guatemala – forced their way into Mexico on Friday. A spokesman from the National Migration Institute stated, “With an aggressive attitude, the migrants broke the padlock on the border gate and entered the country.” The group clashed violently with local police in Metapa de Dominguez – a town in southern Mexico – after crossing the border from Guatemala.

More than once, President Trump has warned migrants attempting to reach the southern border of the United States from Central America and Mexico to stop forming caravans. Trump has even ordered the suspension of all U.S. foreign aid to Honduras, El Salvador, and Guatemala – the states from which the vast majority of migrants in caravans are originating from.

But neither of these actions have helped to stem the unrelenting tide of migrants.

Meanwhile, United States border facilities and immigration services are swamped with Central American and Mexican migrants. Officials have described the migrant crisis as being close to reaching a breaking point.

This week, the U.S. Customs and Border Protection announced that more than 103,000 migrants were apprehended or deemed ‘inadmissible’ in the month of March – up nearly 77,000 from February.

With the newest caravans from Honduras and Guatemala already on their way, the U.S. can only expect the numbers to increase and the strain on the immigration system to worsen.