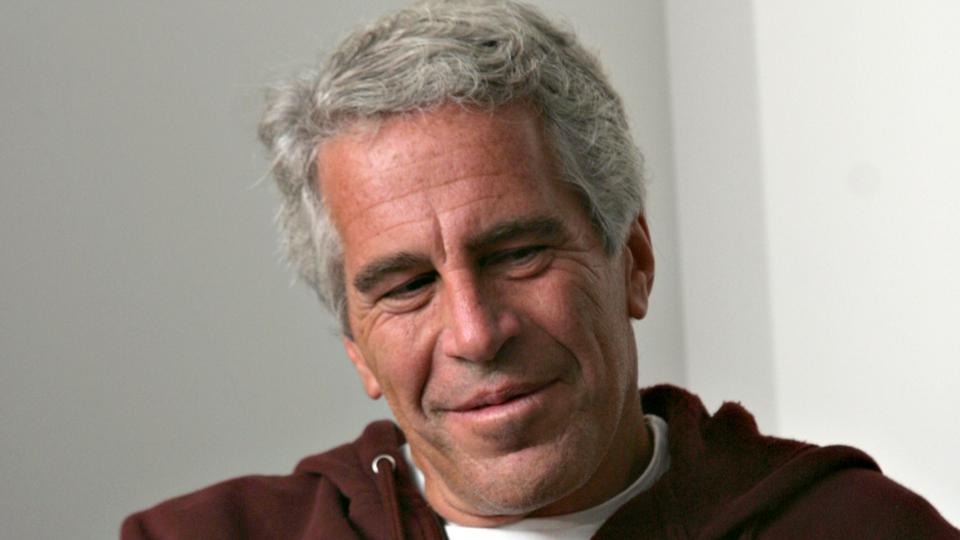 Epstein is pictured driving a jet ski with a woman wearing a bikini hugging him to hold on.

An anonymous source who went to the island claimed Epstein watched topless college girls on Girls Gone Wild while he exercised on a bike because they served as “inspiration.”

He was reportedly engrossed with videos of girls bearing their breasts at bars and clubs.

In one photo taken on the island, Epstein wears a white robe and appears to be doing work, while a blonde woman sits next to him.

Another shot shows Epstein going on a hike with three women who are not identified.

The woman photographed on the jet ski is Epstein’s associate Sarah Kellen, 41, who worked for him for a decade and was apparently “second in command” after the financier’s madam Ghislaine Maxwell.

Meanwhile, the woman sitting by his side while he worked is Yugoslavian model Nadia Marcinkova.

It is not known when the pictures were taken.

The source described the island as having the “best of the best” amenities for the women, including clothing, decor and food.

“The bedrooms were like your ideal Caribbean bungalow that you would find in a five star hotel suite.

The linens were crisp and thick. Super high end. Best quality everything,” the source told the Daily Mail.

The $7.95M home and the island were “paradise and idyllic,” the source said, “but then on the opposite spectrum the dark side was just as extreme.”