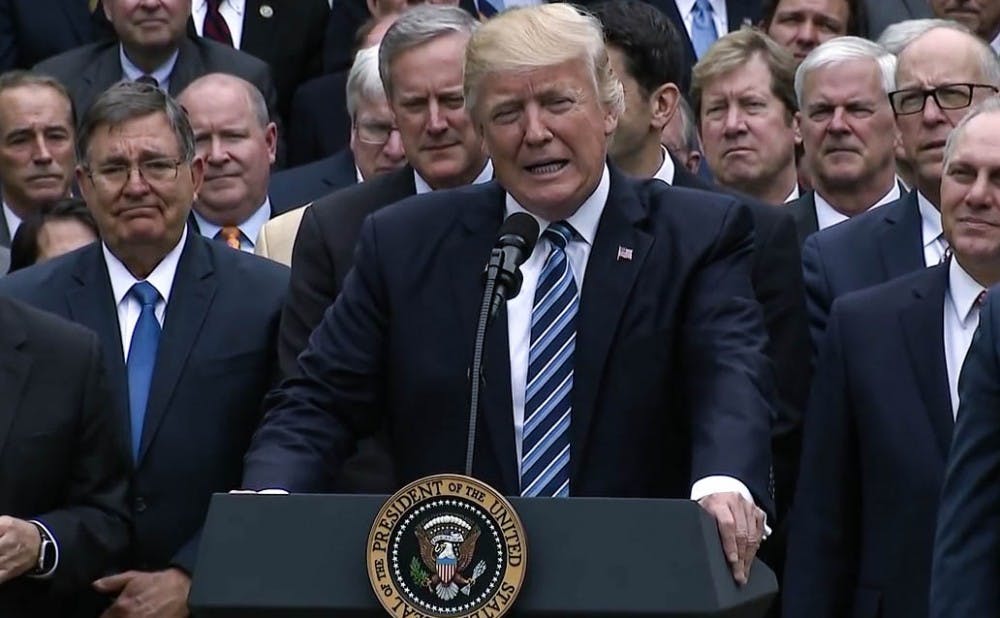 Despite the shocking news of a recent Fox News poll that found that now 51% of Americans are in favor of President Trump’s impeachment and removal from office, the majority of Republicans, still staunchly support the embattled president.

In reality, the Fox survey is not that different from other recent polls on the subject. But some media types like to say “even Fox” has found such-and-such, as if it’s a survey of the network’s viewers rather than its widely respected professional polling operation.

However, not surprisingly one of those who are displeased with the Fox poll, and their reporting of it, is Trump.

“From the day I announced I was running for President, I have NEVER had a good @FoxNews Poll,” he tweeted. “Whoever their Pollster is, they suck. But @FoxNews is also much different than it used to be in the good old days.” He went on to name some of his least favorite network figures–Andrew Napolitano, Shep Smith, Donna Brazile–but added, “Oh well, I’m President!”

But there’s the thing when you drill down on the poll, it reflects the same old partisan chasm that has defined Trump’s presidency since Inauguration Day.

According to the poll, 85% of Democrats support impeachment and removal; independents are split, with 39% in favor, and 36% not in favor. Most importantly, only 13% of Republicans back impeaching and expelling Trump from office.

Now, it may be noteworthy that more than one in 10 Republicans want Trump gone. But if you’re a Republican senator, and the country is almost evenly split on impeachment, and the vast majority of your party opposes it, you’re not exactly under withering pressure to abandon your president.

Another point to note, overall in the Fox poll, the president’s approval drifted down only a couple of points, to 43 percent. And perhaps, most telling, upon closer examination the Fox poll contains a silver lining for the president after all. While 69 percent of those surveyed find Trump’s dealings with Ukraine’s leader extremely, very or somewhat troubling, 62 percent say the same about his allegations against Biden and his son’s business dealings in Ukraine and China.