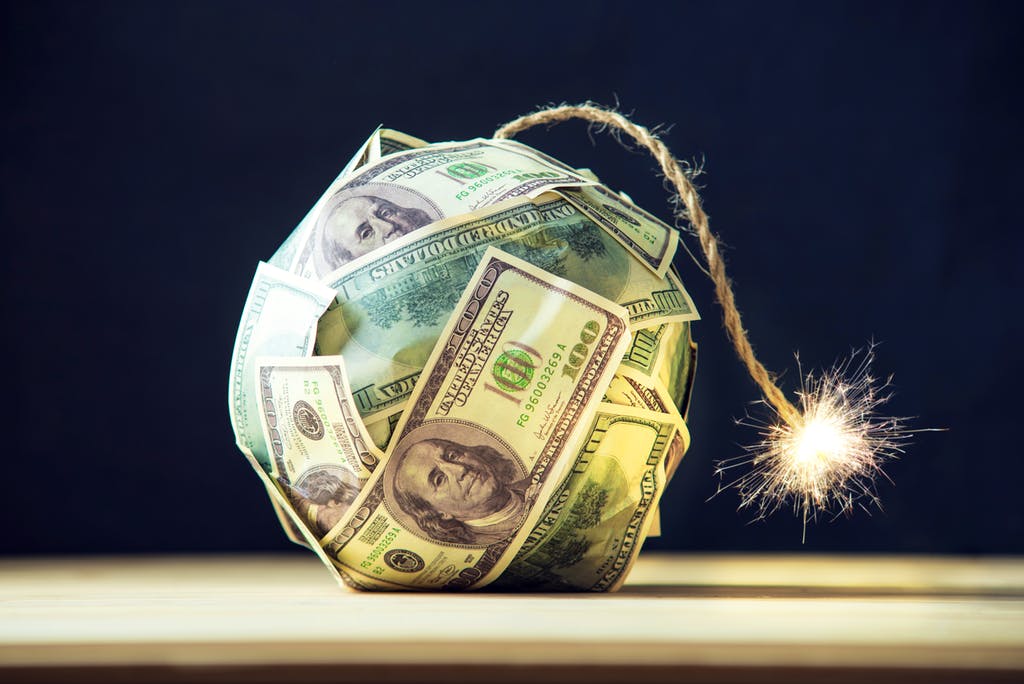 One could make a claim that money is the one thing that makes the world go around.  Currently, currency is as precious as water or air.  One must have it to survive.  But, there is a lot more to money that most people understand.  What if I told you that money is really debt?

We live in a world where 1% of the earth’s population owns 40% of the world’s wealth?  50% of the world’s population lives on less than $2 a day.  Daily, 350,000 children die around the world from poverty and diseases that are curable in this present time while the rich get richer.  This is a staggering number no doubt.  One of the reasons for financial imbalance could be because most people use money but don’t understand money, how it relates to debt and how it relates to the monetary system itself.

Money Is Created Out Of Debt Through Loans

September 30th, 1941 at the House Committee Hearing on Banking and Currency, Marriner Eccles, Governor of the Federal Reserve, wrote, “ If there was no debts in our money system, there wouldn’t be any money.”  Modern Money Mechanics was a document produced by the Central Bank or Federal Reserve some years ago.  This document detailed the institutionalized practice of money creation by the Federal Reserve and the web of global commercial banks it supports.  The first page clearly states it’s purpose which is to describe the basic practice of money creation in a “fractional reserve” banking system.  The document goes into detail and breaks down how it works.  It goes something like this, the US Government needs a loan.  They go to the Federal Reserve and asks for $10 billion.  The Fed. (Federal Reserve Bank) says, o.k. We’ll buy some government bonds from you.  The government then creates some pieces of paper all nicely decorated and puts a value on these pieces of paper or bonds to the sum of $10 billion and deliveries them to the Fed.

The Fed. then have drawn up some nicely decorated pieces of paper also known as money and names them Federal Reserve Notes.  The Fed. gives these notes to the government in return for the bonds.  They exchange colorful paper in other words.  After the exchange, the government takes the notes and deposits them into a bank account.  This makes the notes legal tender henceforth adding $10 billion to the U.S. money supply.  This is a generalization.  Nowadays, of course, the transaction would be electronic.  Like a direct deposit, etc.  97% of all money is now digital.  Government bonds are basically instruments of debt.  When the government gives the Fed. the bonds they are actually promising to pay back that money to the Fed.  So the money was created out of debt.  Money Is Debt!

It gets more crazy.  That $10 billion deposit becomes part of that bank’s reserve that can be used against or to supply additional loans given out to additional businesses and individuals.  The Modern Money Mechanics document states that all banks are required to keep a fraction or percentage of its deposits as reserve.  Ten percent is the amount stated by the MMMD (Modern Money Mechanics Document). So, $10 billion gets deposited, $1 billion of that is placed in the bank’s reserve, and the other $9 billion is considered excessive reserve and can be used to issue out brand new loans.  Now, one would think that the $9 billion is coming out of the initial $10 billion deposit.  But, what is actually happening is that the $9 billion is magically created out of the thin air.  This is how the Fed. and the banks expand the nation’s money supply.  So, when someone applies for a loan, they sign a loan document and in return, they get money that was generated from nothing.  Fiat money.  Now, when this civilian deposits the money into a bank account, the process begins all over again.

The process could continue into infinity.  On average, about $90 billion can be created on top of the original $10 billion deposit.  All out of the ether or thin air.  One has to ask, what gives a piece of paper or our dollar any value at all?  The answer is that it’s the existing money currently in the system.  So, the new money essentially robs the current currency of its value.  This devalues the U.S. dollar and also causes inflation.  When the money supply increases while the goods and services do not, when they shou7ld simultaneously, that’s when we have inflation.

When one takes a clear look at our money system, one could say that the banking system is set up to deliberately devalue our currency.  We once used a silver standard to back our money.  What are we using now to give our dollar any value?  This and many other questions need to be answered.