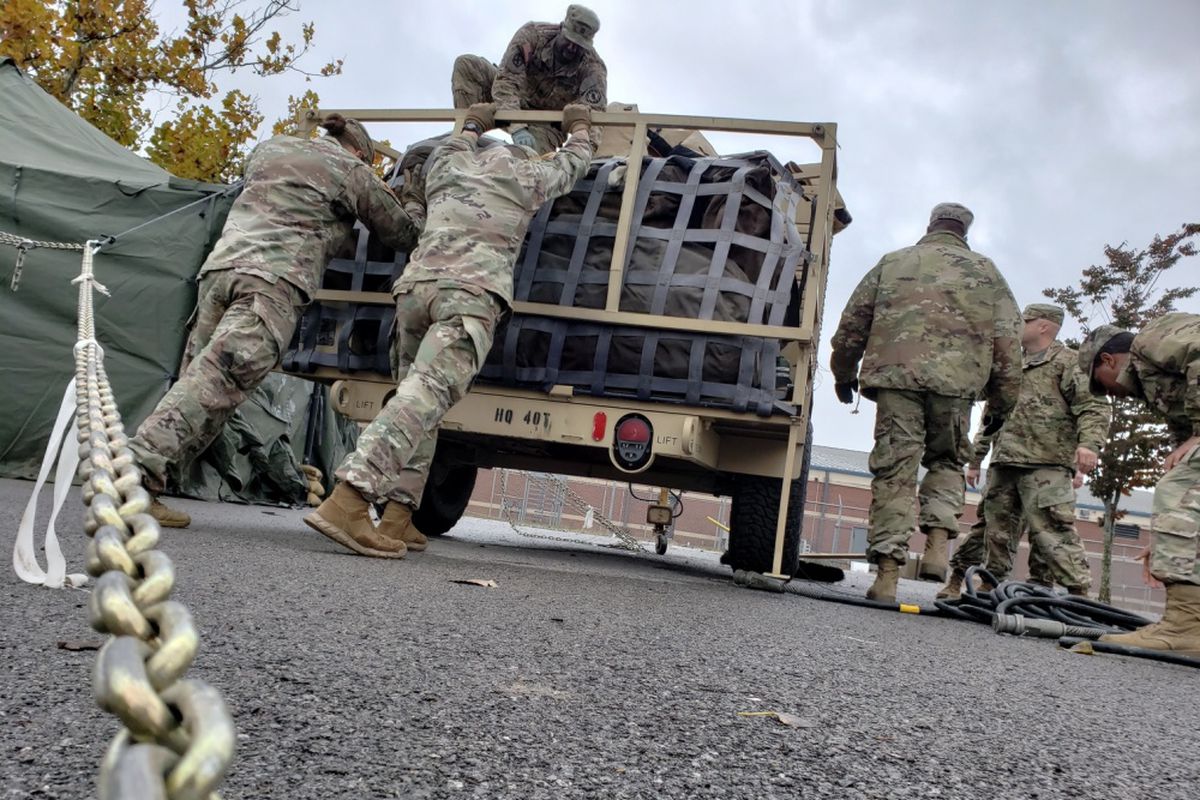 Military to Defend Border Against Assault

The White House announced on Tuesday that U.S. troops stationed along the United States-Mexico border have just been authorized to come to the aid of U.S. Border Patrol Agents if they should come under attack by illegal migrants attempting to force their way through the fortified border.

The President’s decree came only days after the President witnessed a mob of Hondurans and other Central American migrants attempting to overpower Mexican police dressed in riot gear trying to hold the line in the border town of Tijuana over the weekend.

In that incident, Tijuana residents aided the police in holding the line, driving back the rock throwing migrants.

The order for the military to engage runs counter to the previous request to only defend themselves and not intervene if a border agent is attacked or overran by a surging mob.

Although the Department of Homeland Security did not confirm or deny the President’s decree, they stressed the importance of safety for those individuals tasked with manning and protecting the homeland from a hostile foreign assault.

Department of Homeland Security spokesperson Kate Waldman told ABC News, “As Secretary Nielsen has said, we will not allow our frontline personnel to be in harm’s way.”

Adding, “We will do everything we can to protect those who defend our nation’s sovereignty and secure our border. We appreciate the Department of Defense stepping in to assist the Department of Homeland Security as needed.”

Defense Secretary James Mattis at first rejected the new directive by the President after Customs and Border Protection (CBP) asked for assistance by the military in crowd control – and if needed riot control. Both functions are considered by the Pentagon to be law enforcement applications. Moreover, active duty troops are prohibited by federal law from performing law enforcement activities unless specially ordered by Congress or the president.

The brief video clip on Sunday highlighting Tijuana residents congregated around a monument in an affluent section of the city protesting the marauding horde of Central American migrants converging on their capital seems to have awakened many within the Mexican community regarding a nation’s sovereignty.

“Hundreds of Tijuana residents gathered today to protest the thousands of Central American migrants who have arrived via caravan hoping to seek asylum in the U.S.”
— ABC News (@ABC) November 19, 2018

Another post on social media described how the migrants overran the tiny border town:

“They accused the migrants of being messy, ungrateful and a danger to Tijuana. They also complained about how the caravan forced its way into Mexico, calling it an ‘invasion.’ And they voiced worries that their taxes might be spent to care for the group.”

Perhaps the most important post came from the Commander-in-Chief himself, monitoring the situation.
“The Mayor of Tijuana, Mexico, just stated that “the City is ill-prepared to handle these many migrants, the backlog could last 6 months.” Likewise, the U.S. is ill-prepared for this invasion, and will not stand for it. They are causing crime and big problems in Mexico. Go home!”