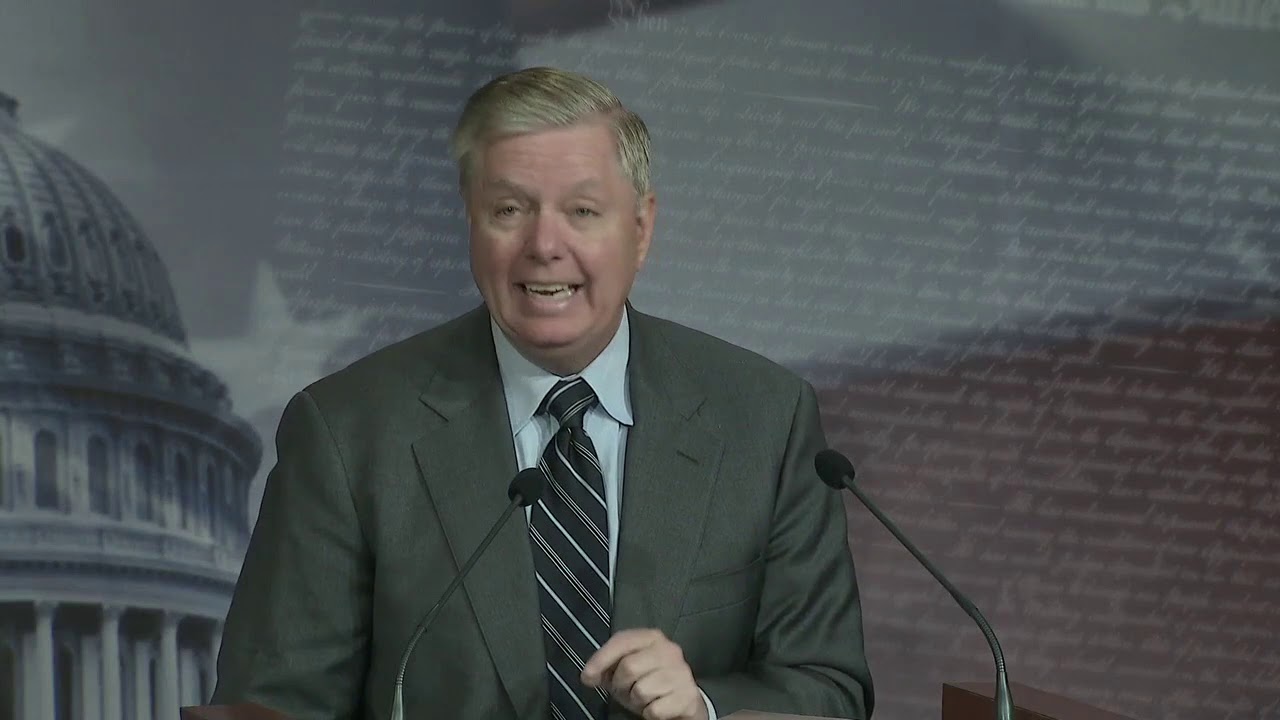 Lindsey Graham: Somebody From Obama’s FBI Needs To Go To Jail

Lindsey Graham, in an interview with Fox Business Network, declared somebody needs to go to jail after the FBI lied to Congress during their investigation of the Trump campaign . obama jail.

The South Carolina Republican hinted that he was about to drop some significant information about the FBI’s dogged pursuit of collusion between the President’s team and Russia, despite the lack of evidence to support their theory .

Graham told Fox Business Anchor Maria Bartiromo to “Stay tuned next week” to learn more about what he and other Senate Republicans had discovered by releasing declassified documents .

He explained that the FBI lied to the FISA courts, a well-documented fact, about the reliability of the infamous Steele dossier, as well as about the source who was American-based and “on the payroll of the Democratic Party.”

This past December, Graham slammed the FBI saying:

“What has been described as a few irregularities becomes a massive criminal conspiracy over time to defraud the FISA court, to illegally surveil an American citizen, and to keep an operation open against a sitting president of the United States, violating every norm known to the rule of law.”

It’s much worse, however, according to the Republican . And it needs to end in jail time.

Aside from defrauding the FISA court, Graham contends that the Obama-era FBI lied to Congress, an act that should result in a prison stay for those involved .

“When the FBI understood that the dossier was no longer reliable, they continued to use it,” he relayed. “But we also now have found — and this will come out next week — that Congress got suspicious about the Russian sub-source and the reliability of the Steele dossier and that members of Congress asked to be briefed about it.”

Graham alleges that the FBI denied to Congress that the dossier was the main source for their witch hunt, while FISA documents clearly stated otherwise .

“Somebody needs to go to jail,” he said.

“You’re going to find, not only did the FBI lie to the FISA court. They lied their ass off to the Congress.”