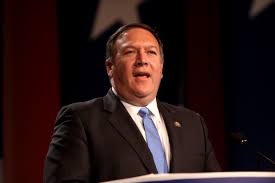 It’s only illegal if Republicans do it.

The Hatch Act, which bars federal employees from participating in partisan politics while on the job or on federal property, is one of those earnest efforts from the past to reform the government. The idea was to make a clear dividing line between government and politics.

Except that’s impossible. Government is political. It has always been so and always will be. That’s not to say an effort shouldn’t be made to separate the two. But when the State Department drags its feet in fully carrying out a president’s wishes or an agency decides to interpret a law in a blatantly political way, we don’t hear many complaints from the media or Democrats.

Not so when Republicans edge up to the line and threaten to cross it.

That policy was simply a reminder to employees of both political persuasions to watch their political activity while on the job. What they do on their own time is their own business.

But what about a presidential appointee, confirmed by the Senate, giving a speech at the Republican National Convention? Is it really “unprecedented” and a “break from all sorts of norms and precedents”?

Think of how many past secretaries of State have been politicians. Hillary Clinton and John Kerry come immediately to mind. Colin Powell and Condi Rice were politicians to the core. You don’t get the job without some political pull, which brings us to current Secretary of State Mike Pompeo.

Pompeo was chosen because of his loyalty to Donald Trump. There’s nothing wrong with that. Presidents choose loyalists for key positions all the time. But should that loyalty be on display at the RNC?

Perhaps the media should have waited to hear his speech. I doubt whether it will be very partisan at all. In fact, Pompeo’s appearance is not about the speech at all. It will be delivered from Jerusalem. Now, why would a president running for re-election, whose victory will depend, in large part, on evangelical Christians, want his loyal secretary of State to speak to the nation from Jerusalem?

“The secretary took time away from his official duty…” Even The Hill acknowledges the unofficial nature of his remarks. But that wasn’t good enough for the Biden campaign.

It’s a spurious attack and the Democrats know it. Pompeo’s vanilla speech will reassure evangelicals that Trump is still in their corner while reminding them who recognized Jerusalem as the capital of Israel.

Not bad for a “non-partisan” speech.