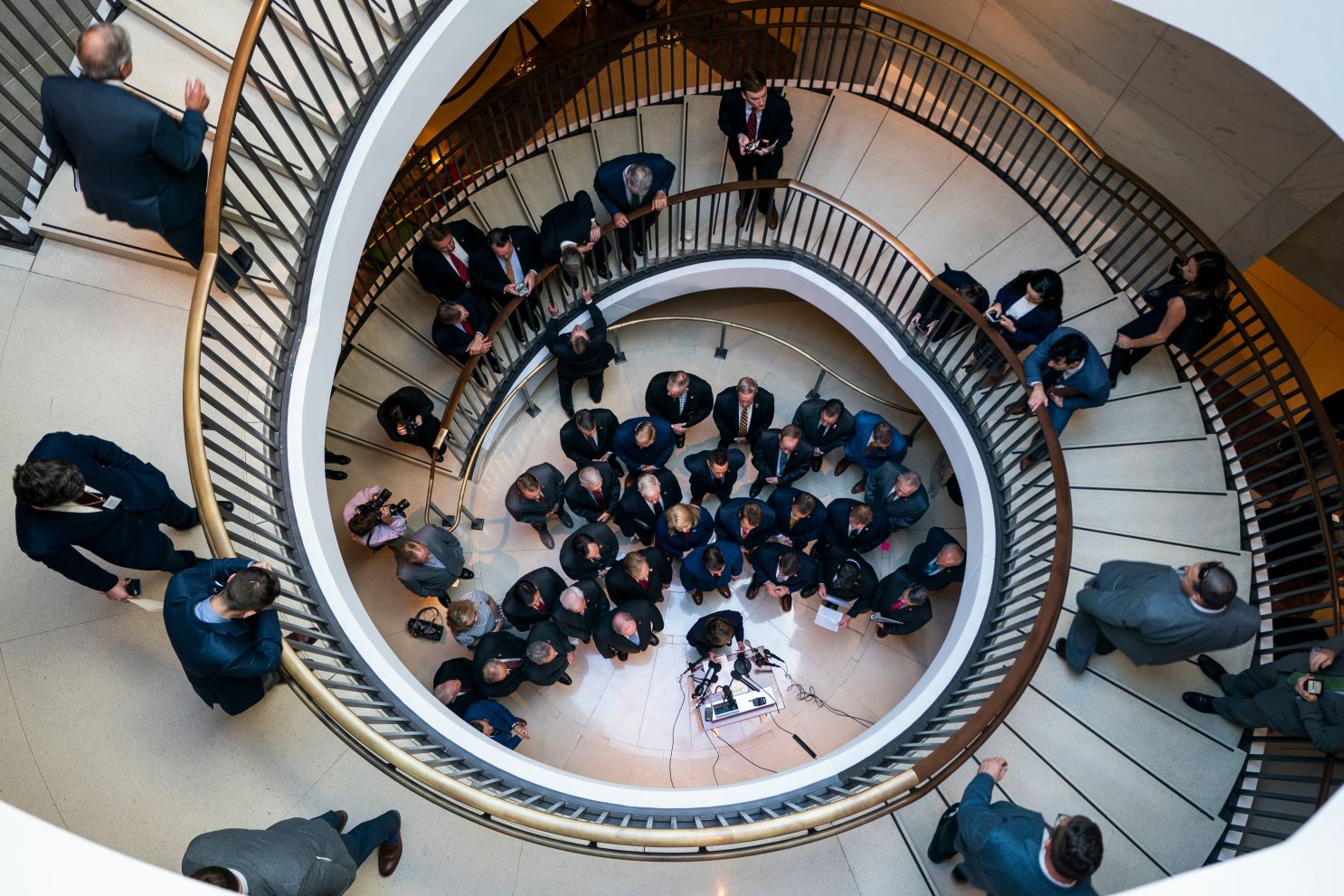 After a cadre of House Republicans stormed a closed-door deposition in a secure area and managed to disrupt the Democrats’ impeachment inquiry for hours, House Oversight Committee ranking member Jim Jordan kept the pressure on Democrats by pushing for more transparency — including public testimony from the whistleblower at the center of the probe. In an initial letter to House Intelligence Committee Chairman Adam Schiff Jordan — joined by House Intelligence Committee ranking member Devin Nunes and Foreign Affairs Committee ranking member Michael McCaul — called for the whistleblower to come out of hiding, so that his or her “sources and credibility” can be “fully assessed.” The committee chairs noted that Schiff had previously promised that the whistleblower would provide “unfiltered” testimony “very soon” concerning an Aug. 12 complaint.

But, the Republicans charged, Schiff abruptly “reversed course” after reports of the whistleblower’s potential political bias emerged, along with evidence that Democratic congressional committee staff had spoken to the whistleblower before the complaint was filed.

The Republicans asserted that evidence has since emerged that “contradicts” the claims in the whistleblower’s initial complaint, including that the Ukrainian president has said he felt no “pressure” during a July call with President Trump to investigate 2020 Dem front-runner Joe Biden, his son Hunter and Biden business interests in Ukraine, and the erroneous claim that Trump had asked Ukrainians to hand over a server. These and similar revelations of inconstancies have prompted Jordan and fellow Republicans to demand more information on the person’s sources.

The lawmakers further demanded testimony from any sources the whistleblower relied upon to draft the complaint, which contained only secondhand information.

House Republican Whip Steve Scalise, R-La., claimed that Schiff “fled with the testifying witness” when roughly 50 Republicans, including several not on one of those three committees, went “face-to-face and demand access to ongoing impeachment proceedings.”

Some Republicans asked to be arrested by Capitol police officers, Fox News has learned, hoping that it would help them make their case that Democrats are abusing the impeachment process.

Republicans said they took the dramatic step to storm the deposition because Democrats’ impeachment inquiry hasn’t been transparent, even as Democrats selectively leak some testimony and evidence to the press. The inquiry is being led by three committees made up of both Democrats and Republicans, but members of Congress not on those committees do not have access to any of the sensitive documents or interviews relating to the probe. Republicans also do not have co-equal power to subpoena witnesses or pursue evidence in the probe.

The standoff unfolded Wednesday morning after lawmakers held a news conference in which they accused House Democrats of lack of transparency. The Republicans specifically decried that the deposition was happening behind closed doors and said Americans should be able to read the transcripts of any interviews being conducted as part of impeachment.

Democrats have promised to release the transcripts when it won’t affect their investigation.