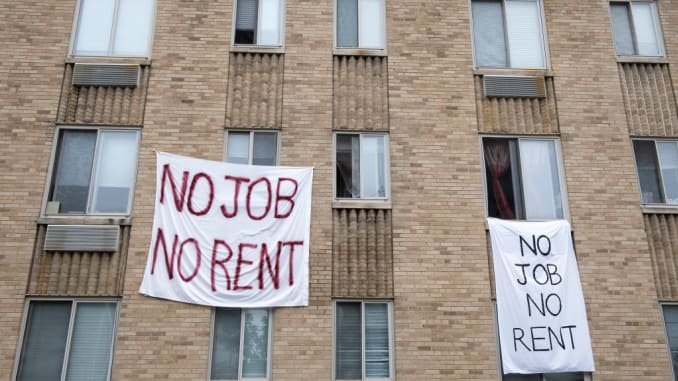 Is This The Lowest Point In Modern U.S. History?

Things have certainly gotten really crazy here in 2020.  First we witnessed the eruption of the worst global pandemic in 100 years, then the U.S. economy started collapsing, and then we watched major U.S. cities burn from coast to coast as rioting and looting spiraled out of control.  Everywhere you look, people are very angry and deeply frustrated, nearly 46 million Americans have filed for unemployment benefits over the past few months, and fear of COVID-19 continues to paralyze our society to a frightening extent.  But can this really be called the lowest point in modern U.S. history?  According to one recent survey, a whopping 72 percent of all Americans actually believe that this “is the lowest point in the country’s history that they’ve ever been alive to see”…

Across two polls, more than 5,000 adult U.S. residents were recently surveyed on the state of America right now. A staggering 83% say that worrying about the future of the United States is a big source of personal stress. Also, 72% believe this is the lowest point in the country’s history that they’ve ever been alive to see.

That appears to be quite a consensus.

Of course many of those that were alive during the Great Depression of the 1930s and the early days of World War II would strongly argue that what we are experiencing today is nothing compared to what they had to deal with.

And without a doubt, the twelve years from 1968 to 1980 were not easy years by any stretch of the imagination.  Just like now, Americans of that era were facing great civil unrest, tremendous economic problems, major political shaking and a global pandemic that killed a lot of people.  If you don’t know about that pandemic, just Google “the flu pandemic of 1968”.

Having said all that, there is definitely a case to be made for 2020.  Not even during the Great Depression did we ever see the kind of apocalyptic spike in unemployment that we have witnessed this year.  Even though nearly 46 million Americans have already filed for unemployment benefits since the COVID-19 pandemic began, big firms continue to lay off thousands upon thousands of workers.  On top of that, more than 100,000 businesses have already permanently closed their doors, and Americans have already skipped payments on more than 100 million loans.

And as I explained the other day, the most severe pain from this economic downturn won’t even begin to hit us until about six weeks from now.

As emergency government assistance starts to fade, an increasing number of Americans will have a very difficult time keeping up with paying the bills.  In fact, another new survey has found that about half of all homeowners are “worried about making future mortgage payments”…

New research offers a glimpse into struggling households, discovers out of the 2,000 American homeowners polled, over half (52%) of respondents say they’re routinely worried about making future mortgage payments and nearly half (47%) considered selling their home because of the inability to service mortgage payments.

The study, conducted by OnePoll and the National Association of Realtors, determined 81% of respondents had experienced unexpected financial stress due to the virus-induced recession. Over half (56%) reduced spending so they could service mortgage payments.

Meanwhile, fear of COVID-19 is going to continue to paralyze our society for the foreseeable future.

I don’t know if you have taken a look at the numbers lately, but the truth is that the number of confirmed cases in the U.S. is starting to surge again.  For the planet as a whole, Friday was the worst day of the pandemic so far by a very wide margin, and that means that this crisis is a long, long way from over.

There are already whispers that there may be new lockdowns here in the United States.  I seriously hope that does not happen, because that would be another crippling blow for our collapsing economy, and the virus just continued to spread during the first round of lockdowns anyway.

On top of everything else, more rioting, looting and violence could erupt at literally any moment.  Since this is an election year, tensions are going to be running even higher than usual, and even a relatively minor spark could cause another round of major civil unrest.

But as bad as things are right now, what most people don’t understand is that this is just the beginning.

As I have warned so many times before, we have entered a time when we are going to be facing one crisis after another, and this is going to be true no matter what happens during the election in November.

We have reached a moment in history when all of the cycles are ending, all of the bubbles are bursting, and we are going to experience the consequences of all the very foolish decisions that we have been making for decades.

At this point, the immediate outlook is so bleak that it is turning all sorts of people into raging pessimists.  For example, Wolf Richter just posted an article in which he explained why he just shorted the entire stock market…

I’m sharing this trade so that everyone gets to ridicule me and hail me as a moron and have fun at my expense in the comments for weeks and months every time the market goes up. And I do not recommend shorting this market; it’s nuts. But here’s why I did.

The stock market had just gone through what was termed the “greatest 50-day rally in history.” The S&P 500 index had skyrocketed 47% from the intraday low on March 23 (2,192) to the close on June 8 (3,232). It was a blistering phenomenal rally. Since June 8, the market has gotten off track but not by much. It’s still a phenomenal rally. And it came during the worst economy in my lifetime.

I know that a lot of people will criticize him for making such a move, but I applaud him for his bravery.

Even if his timing turns out to be a bit early, I certainly concur with him that this latest Fed-fueled bubble will inevitably burst.

But ultimately we are going to be facing problems that are much more severe than a stock market crash.  In fact, a market crash will be among the least of our problems.

Because it isn’t just our economy that is collapsing.

Our entire society is in the process of imploding, and if you don’t like 2020, then you really aren’t going to like what is going to happen in 2021 and beyond.

About the Author: I am a voice crying out for change in a society that generally seems content to stay asleep. My name is Michael Snyder and I am the publisher of The Economic Collapse Blog, End Of The American Dream and The Most Important News, and the articles that I publish on those sites are republished on dozens of other prominent websites all over the globe. I have written four books that are available on Amazon.com including The Beginning Of The End, Get Prepared Now, and Living A Life That Really Matters. (#CommissionsEarned) By purchasing those books you help to support my work. I always freely and happily allow others to republish my articles on their own websites, but due to government regulations I need those that republish my articles to include this “About the Author” section with each article. In order to comply with those government regulations, I need to tell you that the controversial opinions in this article are mine alone and do not necessarily reflect the views of the websites where my work is republished. The material contained in this article is for general information purposes only, and readers should consult licensed professionals before making any legal, business, financial or health decisions. Those responding to this article by making comments are solely responsible for their viewpoints, and those viewpoints do not necessarily represent the viewpoints of Michael Snyder or the operators of the websites where my work is republished. I encourage you to follow me on social media on Facebook and Twitter, and any way that you can share these articles with others is a great help.  During these very challenging times, people will need hope more than ever before, and it is our goal to share the gospel of Jesus Christ with as many people as we possibly can.