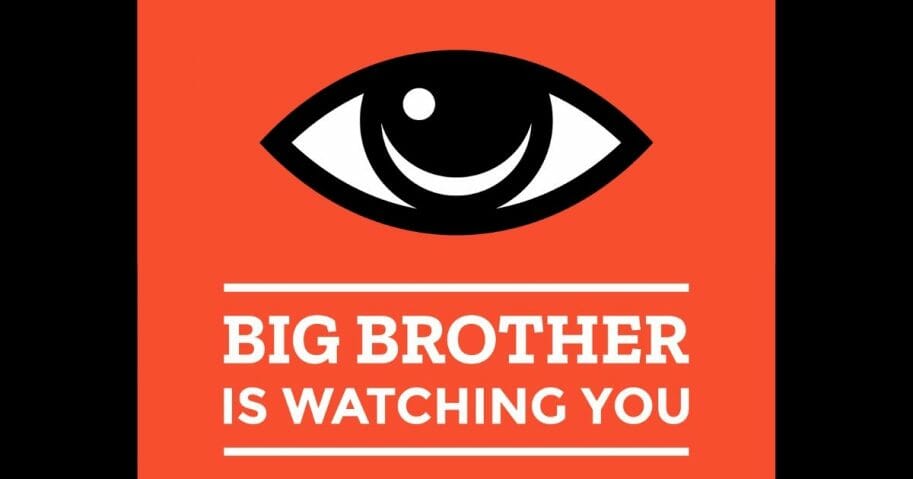 Is This America? Drones Watching, Following Citizens in Effort To Enforce Social Distancing

If you want people to follow social distancing guidelines, you probably shouldn’t make your intervention in the matter seem like something out of a creepy dystopian movie.

This was the mistake made by a group describing itself as the Anti-COVID-19 Volunteer Drone Task Force. It’s not just that the group named itself as if it were a paragovernmental organization in the kind of Ridley Scott-wannabe movie where the global emperor has purplish, powdery skin and questionable facial prosthetics.

Instead, you should check out where they decided to deploy the drone over a Manhattan park on Saturday — and what was blaring out of its speaker.

“We are all in this together.” Just read that line to yourself. It doesn’t even rise to the level of Orwellian; it’s not subtle enough. This is straight out of the kind of popcorn muncher where Tom Cruise takes out a futuristic gun, shoots the drone and runs toward his futuristic police car to track down the evil mastermind behind this lockdown.

This is Manhattan, though, so almost no one has a gun (legally) and there’s no mastermind behind this lockdown, just a cruel virus.

Before you fire up the letters (you know who you are), let me be blunt: The people in the park are idiots. Unless this is your shortcut to the pharmacy — and this appears to be the riverwalk near the Williamsburg Bridge, which is a shortcut to absolutely nowhere New Yorkers need to be — crowding the edge of the East River in the tightly packed epicenter of the coronavirus takes a kind of cavalier brainlessness.

Do you support the use of drones to enforce social distancing rules?

However, if this was an earnest attempt at enforcing social distancing, the tin-eared nature of it all was self-defeating.

At least the drone wasn’t from the New York Police Department; when contacted by The Hill, the NYPD confirmed it wasn’t theirs and reminded everyone that drones are actually banned in New York City except for a small number of specific areas.

One of them is not along the banks of the East River, you might not be surprised to know, which is why the Federal Aviation Administration is now investigating the incident. And one would assume that even in the areas drones can fly, there might be some problem if the operator decided to use it like this.Just to be clear, this is what Chinese officials think makes them look good.

Now, it’s worth noting there’s no Anti-COVID-19 Volunteer Drone Task Force to be found out there, and none has come forward. That means this could be just a brilliant piece of performance art. If so, um, this would have been semi-brilliant any other time, but this would have been the week to read the room —  especially when the room is pretty much all of Manhattan, an obscenely bleak place to be right now.

And there’s another problem, namely when it comes to life imitating art. This isn’t just Beijing considering deploying drones like these.

In the U.K., for instance, authorities have been using drones for coronavirus-related purposes that include shaming people who don’t follow the stay-at-home guidance in place there:

Despite posts yesterday highlighting issues of people still visiting the #PeakDistrict despite government guidance, the message is still not getting through. @DerPolDroneUnit have been out at beauty spots across the county, and this footage was captured at #CurbarEdge last night.

In a creepy coincidence, this video also ends with “We are all in this together.”

In California, the Chula Vista Police Department managed to set off all sorts of alarums and excursions when they announced they were using drones to “educate” people about coronavirus.

“We have not traditionally mounted speakers to our drones, but … if we need to cover a large area to get an announcement out, or if there were a crowd somewhere that we needed to disperse, we could do it without getting police officers involved,” Chula Vista Police Capt. Vern Sallee told the Washington Examiner.

Chula Vista Police issued a correction on the matter in all due haste.

“The department has not changed how it has used drones during this emergency, but staff are considering how drones may improve communication with the public under certain limited circumstances,” the police department said in a Facebook post March 25.

“Specifically, the department is considering one strategy to use drone mounted speakers to communicate and reach vulnerable populations in inaccessible areas of the city, like large urban canyons with homeless encampments,” it said. “Unsheltered persons are particularly vulnerable to the current pandemic and their safety and welfare is important to stopping the spread of the disease. Left without pro-active communication and outreach, COVID-19 could spread in these populations and increase illness throughout our community.”

However, its “correction” was more of a clarification, the kind of thing you put out when a story is mostly true in its particulars but you don’t like the way those particulars have been reported.

“While the quotes in the body of the original story were accurate, some lacked context and the story failed to address all aspects of the police department’s drone response strategy,” the Facebook post read. “Unfortunately, the story has been picked up by several other media outlets and it has been sensationalized and given inaccurate headlines which serve only to cause public misunderstanding of the positive steps our organization is taking to protect Chula Vista.”

The problem is that Chula Vista won’t be alone soon. One drone company CEO said he was “working like crazy” to equip law enforcement with drones.

“What we saw in China, and what we’re probably going to see around the world, is using drones with cameras and loudspeakers to fly around to see if people are gathering where they shouldn’t be, and telling them to go home,” Spencer Gore of U.S.-based drone firm Impossible Aerospace told the Examiner.

“It seems a little Orwellian, but this could save lives.”

First, “It seems a little Orwellian …” No, it’s Orwellian.

This is the police telling people what they should do, using a small, remotely controlled aircraft that can park itself mere feet above peoples’ heads, the loudspeaker of officialdom barking at them as they’re recorded on camera.

I understand this guy is counting on police drone deployment being a future revenue stream, but you might as well admit what your product is at this point. It’s Big Brother-ish. Maybe mild Big Brother-ish, but there’s more than a patina of Big Brother on any drone designed to bore messages into the heads of passing civilians.

And to the second part: “… but this could save lives.” It could. It could also, as it did here, create fear and contempt for police trying to enforce even the most common-sense laws and regulations.

Yes, these people were stupid, especially in light of the fact New York City is the center of the coronavirus maelstrom. That doesn’t mean they should be targeted by a volunteer drone force (or whatever).

Even if it was a police drone, this footage would be wildly unsettling — not exactly what people need at the moment.

Any jurisdiction that chooses to go down this road richly deserves the opprobrium it will get.