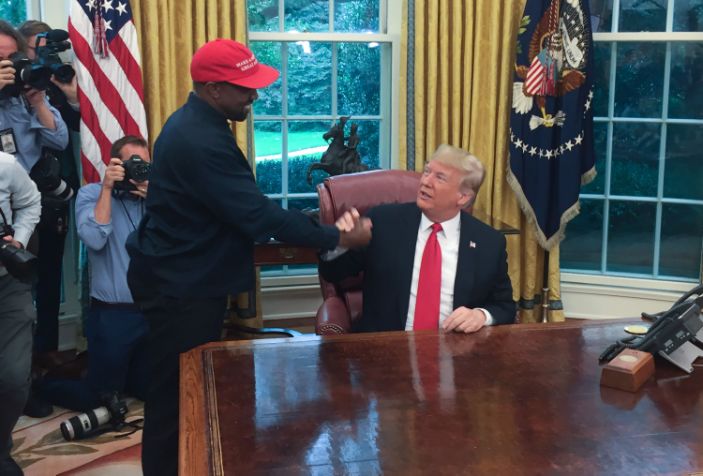 Is Kanye West running for president? Probably not.

On Saturday, just four months before the 2020 election, musician, provocateur and former ardent Donald Trump supporter Kanye West tweeted that he was launching his own bid to become president.

“We must now realize the promise of America by trusting God, unifying our vision and building our future. I am running for president of the United States! #2020VISION,” West wrote on Independence Day.

His tweet was boosted by his wife, reality star and entrepreneur Kim Kardashian, and was endorsed by Tesla and SpaceX CEO Elon Musk. Fellow artists like rapper 2Chainz griped that he’s upset he voted in Georgia’s primary elections, implying that he’d rather have waited to cast his ballot for West, but that won’t be possible in many states where deadlines have already passed for names to be added to preprinted voting forms.

So far, however, there’s little indication that West intends to follow through with his campaign announcement. No official FEC filing has been made under West’s name this year (back in 2015, however, a parody filing was made by Kanye “Deez Nuts” West).

In 2020, West would be forced to run as an independent, as Joe Biden has already become the presumptive Democratic nominee and Republicans are unlikely to substitute him for Trump. Deadlines to appear on several states ballots as an independent are also quickly approaching, and the chance to run in six major states, including delegate-rich Texas and New York, have already passed. West would have to assemble a campaign and file paperwork at breakneck speed to even be considered a viable candidate in the most traditional sense.

Of course, a West win could be possible (though, again, highly improbable) through a series of grassroots, write-in-ballots, which is more pie-in-the-sky thought exercise than anything else.

Making his prospects even dimmer, write-in ballots aren’t even possible in eight states, and even if he were able to win the popular vote in other states, he would have had to file before Election Day with many other states for it to matter.

So what’s West’s ploy, then? Is his last-minute campaign a bid to peel votes away from Biden? Or is the whole endeavor simply a PR stunt?

West has always found his way into presidential politics. In the wake of Hurricane Katrina, West declared live on television controversially that “George W. Bush doesn’t care about Black people.” West spoke openly about what he believed to be the president’s failure to reach ailing Black families in Louisiana in the aftermath of the deadly storm.

In 2012, West accused Republican presidential candidate Mitt Romney of not paying his taxes.

In 2018, West made fresh waves by coming out in support of Trump, calling the Republican president “his brother” who he said possesses “dragon energy.” In 2019 his defense of Trump became much sharper, accusing Democrats of controlling the Black community and teasing his own future run with a simple “2024.”

West and wife Kardashian helped promote criminal justice reform legislation and have visited the White House on a handful of occasions.

The Biden campaign has yet to make any public comment about West’s announcement to run for president. When asked for comment by ABC News, the Trump campaign simply said: “God bless America.”