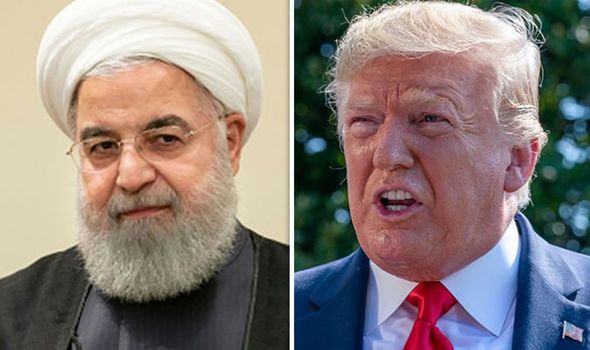 Iranian Commander Sends Dire Warning to US and Its Allies

“We will destroy you,” those are the defiant words used by the head of Iran’s Revolutionary Guard, who in a recent speech, threatened to destroy the United States and its Middle Eastern allies.

Speaking to tens of thousands of people holding signs with anti-U.S. slogans in Tehran’s Revolution Square, Gen. Hossein Salami accused the U.S., Britain, Saudi Arabia and Israel, of instigating the violent protests that erupted earlier this month after the announcement of massive fuel price hikes.

“We have shown restraint. … We have shown patience toward the hostile moves of America, the Zionist regime (Israel) and Saudi Arabia against the Islamic Republic of Iran,” he said. “If you cross our red line, we will destroy you. We will not leave any move unanswered.”

The protests against the fuel price hikes and a concurrent slash in government subsidies have further divided many Iranians and their religious regime. The country has seen an economic decline since the U.S. restored sanctions after withdrawing from the 2015 nuclear deal negotiated during the Obama administration.

Many have complained of the inability to obtain jobs, travel abroad and soaring food prices and astronomical rises in the cost of living. Some Iranians have seen their once middle-class lifestyle reduced to day-to-day struggles to stay afloat.

At least 143 people have been killed since Nov. 15, according to Amnesty International. The human rights group accused Iranian security forces of using firearms against unarmed protesters from rooftops and helicopters.

“The rising death toll is an alarming indication of just how ruthless the treatment of unarmed protesters has been by the Iranian authorities and reveals their appalling assault on human life,” said Philip Luther, Amnesty’s research and advocacy director for the Middle East and North Africa.

Some demonstrators have accused the government of torturing those who’ve been arrested and detained.

Iran cut off Internet access for several days to quell the unrest, making it difficult for groups to ascertain the extent of the violence on the ground. Authorities said banks and government offices have been set on fire and more than 1,000 people have been arrested.

Protesters are outraged by the way President Hassan Rouhani’s administration handled the fuel price hike. Despite the more than 50% hike in prices, gas in Iran remains some of the cheapest in the world, with the hike bringing it to about the equivalent of 50 cents per gallon, up from what was about 20 cents.

The Iranian president promised that the hike in fuel prices would be used to fund new subsidies for poor families, none of which has yet to come to fruition.

As for Gen. Hossein Salami’s threats to the US and our allies – they are nothing but a bunch of baloney!