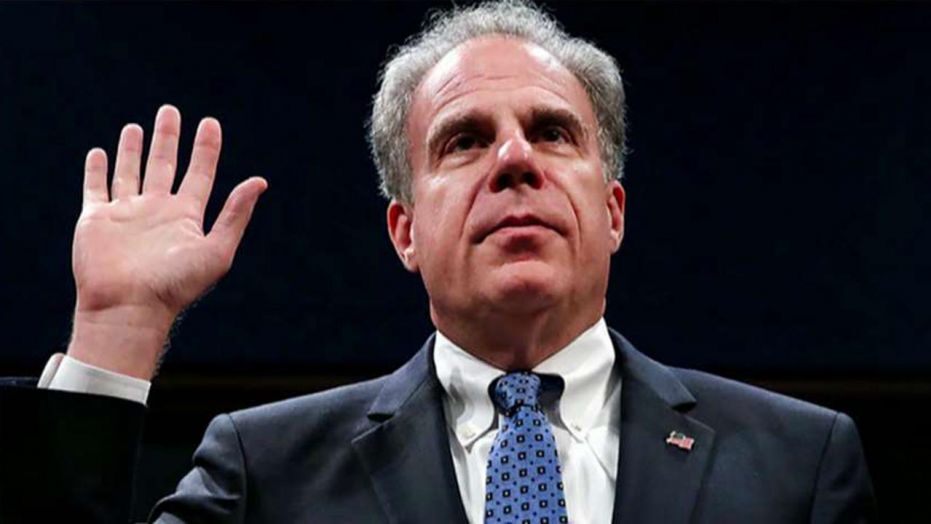 Horowitz Will Likely Provide Some Shocking Testimony of FISA Abuse

Lindsey Graham, Chairman of the Senate Judiciary Committee has confirmed that Justice Department Inspector General Michael Horowitz will testify in front of his committee.

Graham predicts that Horowitz will give “chilling testimony” in front of the committee about his highly anticipated report on potential abuse of the Foreign Intelligence Surveillance Act, once the report is public.

Graham confirmed the widely expected hearing on the “Wake Up Carolina!” radio show with Ken Ard earlier this month. Graham said he’d call for Horowitz to explain his report to the American public in an open session, though he did not specify exactly when it might happen.

“He will come to the committee to testify — the chairman — and we’ll make sure he gets all the time he needs to tell the country what happened,” Graham said. “He will be in public. We want to do all of it that we can in the open. We don’t want to have a classified session unless we have to.”

As you may know, Horowitz was tasked by Attorney General William Barr, to “investigate the investigators,” specifically the FISA warrents issued that lead to the Mueller investigation of Russian interference in the 2016 presidential election.

Mueller’s report which was highly anticipated by the Democrats, exonerated the President of any collusion with the Russians.

While it still remains to be seen when Horowitz will drop any bombshell testimony on the American public, he has reportedly just completed his investigation. The Hill’s John Solomon made the announcement Thursday August 22 on Fox News speaking to Sean Hannity.

“What I can report tonight, Sean, is that the IG has completed his work on the FISA abuse report. It’s expected to be transmitted as early as next week to Attorney General William Barr and that will begin a process of declassification.”

“I think we are still on track for that timeline, I’ve been saying on your show: mid-September to early October seems the most likely release point,” Solomon said. “It’s going to be a tough report,” he added.

Lindsey Graham meanwhile, promises the revelation of a “deep dive” into the origins of the Trump-Russia investigation once Horowitz’s work is completed. Over the past few days, the South Carolina Republican has said he expects Horowitz’s findings to be “damning and ugly” for the DOJ.

Graham also said he plans to meet with Barr this week to “talk to him about how best to tell the story” and predicted that after his report is released, Horowitz will deliver shocking testimony in front of his panel.