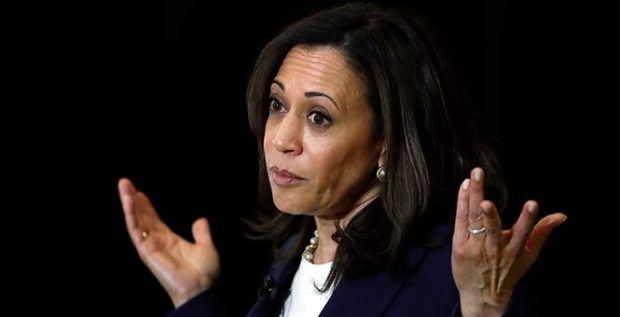 California Sen. Kamala Harris has announced that she is withdrawing from the race for the Democratic presidential nomination. Harris has had to call it quits after failing to capitalize on early enthusiasm for her campaign and watching her poll numbers collapse.

“In good faith, I can’t tell you, my supporters and volunteers, that I have a path forward if I don’t believe I do,” Harris wrote in an email to supporters. “So, to you my supporters, it is with deep regret — but also with deep gratitude — that I am suspending my campaign today.”

Harris entered the race in January as a top contender and had a breakout moment in the first debate thanks to a memorable clash with then-frontrunner Joe Biden over his record on desegregation busing.

But she’s struggled to break out in subsequent debates and has seen her poll numbers plunge in recent months. In November, Harris dramatically cut her staff in New Hampshire, the state that holds the first primary in the race for the White House, to focus on Iowa.

The Harris campaign was also hemorrhaging money, spending more than what was coming in, amid tough media coverage about the campaign’s struggles.

She is the first “big name” candidates to drop out of the crowded 2020 primary field, two months before the lead-off Iowa caucuses. Her exit follows the withdrawal of former Texas Rep. Beto O’Rourke, another Democrat who entered the race to great fanfare, but later struggled.

Campaigning in Iowa on Tuesday, Former VP Joe Biden said of Harris, “I have mixed emotions about it because she is really a solid, solid person. And loaded with talent.”

Many believe that Harris’ decision was made not only because she was no longer a viable candidate for POTUS, but any future political career for her would be in jeopardy, if she remained in the race, and lost big – which seemed likely — in the California primary, her home state.