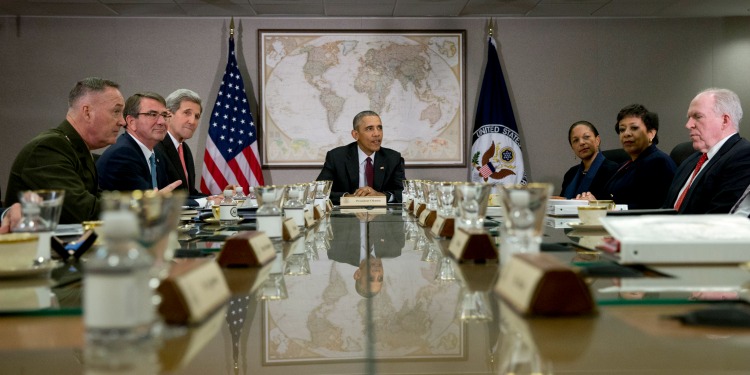 Gutting of Staff at the NSC Continues

In the wake of his acquittal, which resulted in the firings of the likes of Lt. Col. Alexander Vindman and Ambassador Sondland  – the gutting of the supposedly “deep state” staff at the National Security Council (NSC) will continue – so says an well-known NSC expert.

Dr. John Gans said recently in The New York Times, that the removal of Vindman is only the latest step of a much larger and ongoing effort by the Trump administration to tear down the council and reduce it to something that is weaker, less effective, and more beholden to the personal whims of the president.

“The dismissal is just one part of a campaign by the national security adviser, Robert O’Brien, to ‘trumpify’ one of the most powerful and important institutions in government,” wrote Gans. “Over the last six months, while impeachment dominated the news, Mr. O’Brien undertook the first restructuring of the council in a generation. He cut 60 to 70 positions, about a third of the staff, many of them career professionals. He also directed that the National Security Council focus less on transnational issues like global economics and nonproliferation, and more on bilateral and geographic priorities. In all, Mr. O’Brien’s ‘trumpification’ of the staff will hamper the United States’ ability to meet the world’s challenges, and hamstring the next president.”

So expect Trump’s purge of his enemies in the NSC to continue. CNN says that some people with “knowledge of the impending change” previously said once President Donald Trump’s impeachment trial had concluded, O’Brien was expected to oust about a dozen or so officials as part of an effort to streamline the NSC, which O’Brien alleges has become too large.

“So it’s bloated. We’re going to bring it back to a size that’s manageable and efficient. And look, the folks who are there, they really need to want to serve the President,” O’Brien told Fox News’ Laura Ingraham earlier this week.

“What I said when I came to the NSC is that I would drastically downsize it,” he added.

O’Brien said the council had “ballooned up” to 236 policy professionals in the Obama administration from about 100 during the Bush administration.

“Another week or two, I think we’ll have met our goal,” he said.

Soon after O’Brien was named to the top position, he told the White House in October he wanted to slash the NSC staff by about half by early 2020.