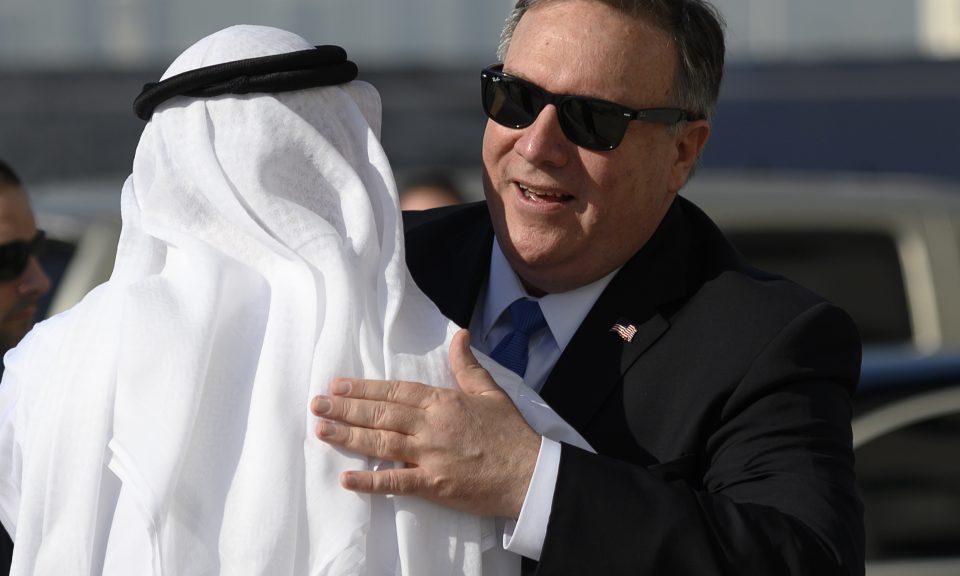 Israeli relations with China have grabbed headlines in recent weeks, but the real litmus test of the United States’ ability to counter Beijing’s growing footprint in the Middle East is likely to be in the Gulf.

In talks last month with US Secretary of State Mike Pompeo, Israeli leaders made clear that while wanting to maintain close relations with China, they would not risk jeopardizing their long-standing ties to the US, their closest ally and supporter of their controversial annexationist policies.

Within days of Pompeo’s visit, Israel awarded a tender for the world’s largest desalination company to an Israeli company rather than a competing Chinese firm.

Similarly, Israeli officials say that Israel is unlikely to buy Chinese telecommunication giant Huawei’s 5G offering because of security considerations of its own. The US has been campaigning against the integration of Huawei components into the networks of its allies.

The real Israeli test may come next year when China takes over the management of Haifa port that is often frequented by ships of the US Sixth Fleet. US officials have suggested that Chinese control of the port could impact the US Navy’s willingness to use Haifa’s facilities.

In contrast to Israel, the US is likely to find the going tougher in persuading Gulf states to limit their engagement with China, including with Huawei, which already has significant operations in the region.

Like Israel, United Arab Emirates officials have sought to convey to the US that they see relations with America as indispensable, even though that has yet to be put to the test when it comes to China.

“The United States is our single most important strategic partnership. Sometimes people, when they think of our relationship with the US, they just look at the political/military angle. But this relationship is really much, much wider,” said UAE Minister of State for Foreign Affairs Anwar Gargash.

Such a relationship, he added, is to be found in “IT, in business, investment, in soft power, in the presence of institutions such as NYU Abu Dhabi, in people like me who spent some of the best years of their lives in America.”

Gargash was speaking after Pompeo’s visit to Israel, and after a senior US official issued a direct warning to Gulf states.

“These states have to weigh the value of their partnership with the United States. We want our partner nations to do due diligence,” said US Assistant Secretary of State for Near Eastern Affairs David Schenker.

Describing Chinese aid as “predatory,” Schenker warned that Huawei’s participation in 5G infrastructure in the Gulf would make it difficult for American and Gulf forces to communicate. Huawei has signed agreements with the UAE, Saudi Arabia and Bahrain.

“We’re not forcing countries to choose between the United States and the PRC,” Schenker said, referring to the People’s Republic of China. “Countries can and should maintain healthy relationships with both, but we want to highlight the costs” that come with certain engagements with China.

Earlier, an unidentified senior US official warned that Gulf states “risk rupturing the long-term strategic relationship they have with the US.”

The US Navy’s Fifth Fleet operates out of Bahrain, while Qatar hosts the forward headquarters of the US military’s Central Command (CENTCOM).

In a message to Israel that was also intended for the Gulf, US Ambassador David Friedman laid out US concerns.

“For two countries as close to each other as Israel and the US, when they cooperate and exchange intelligence and other secrets for their mutual protection on such a robust level, both countries need to be really careful about exposing that level of cooperation to a foreign power that may have a different agenda,” he said.

Friedman asserted that China uses investments and infrastructure projects to “infiltrate” countries. “These [Chinese] companies have the ability to flick various switches and gain access to the most sensitive communications.”

The US Embassy in Abu Dhabi, in a shot across the Gulf’s bow, last month rejected a UAE offer to donate hundreds of coronavirus tests for screening of its staff.

The snub also was designed to put a dent in China’s health silk road diplomacy centered on its experience with the pandemic and ability to manufacture personal protective and medical equipment.

A US official said the tests were rejected because they were either Chinese-made or involved BGI, a Chinese genomics company active in the Gulf, which raised concerns about patient privacy.

The US softened the blow when the prestigious Ohio-based Cleveland Clinic sent 40 nurses and doctors to its Abu Dhabi subsidiary. The Abu Dhabi facility was tasked with treating the UAE’s most severe cases of coronavirus.

The seemingly escalating US effort to box in China is hampered by the fact that no US company produces a 5G alternative.

“5G is the future. To reconsider Huawei, the US has to offer an alternative. So far, it hasn’t done so,” a Gulf official who wishes to remain anonymous told Inside Arabia, where this article was originally published.

The same dilemma applies to the US’ desire to reduce its commitments in the Middle East. In its global rivalry with China, the US cannot afford to create the kind of void that China and Russia would not be able or willing to fill in the short-term.

“It’s a toss-up,” said a Gulf analyst who requested anonymity. “The US can’t compete on 5G and China and Russia can’t compete on security. This is a situation and a set of relationships that requires careful management.

“The problem is that big power leaders show little inclination to find a middle ground.” That, the analyst said, leaves Gulf states grappling for ways to hedge their bets.