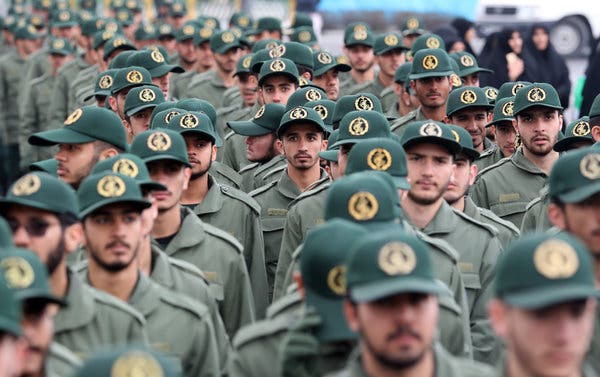 Great Britain Could Be Defeated in a War With Iran!

Military experts have compared the relative military might of Great Britain and Iran, and in a potential conflict between the two, unfortunately, the UK does not match up very well!

The once impressive military of the UK, is a shadow of its former self, so says the British newspaper The Daily Express. An editorial in the paper said, “A comparison of the UK and Iran’s military strength shows Britain falling behind when it comes to manpower, land and naval strength and petroleum resources.” The paper made this surprising proclamation, after Iran seized a British tanker in the Persian Gulf, in retaliation for Britain seizing an Iranian tanker at Gibraltar.

According to the article, Britain ranks eighth on the “Global Firepower Index,” while Iran comes in not far behind in 14th place (the U.S. comes in first place, Israel 17th). Indeed, GlobalFirepower.com lists Iran as being stronger than Britain in several categories: 873,000 military personnel to Britain’s 233,000, 1,634 Iranian tanks to 331 British vehicles and 386 Iranian naval vessels to 76 British (Britain is credited with more airpower, with 811 military aircraft to 509 Iranian). Iran has more oil, but weaker finances.

But, you may say that none of this matters, because Britain is a true nuclear power. Despite the statistics that put the numbers close on the firepower index, Britain and Iran are really not in the same league at all, when it comes to nukes. First and foremost, while Iran may or may not be developing nuclear weapons, Britain most certainly has them. And not some jury-rigged “physics package” assembled in an underground bunker, but four Vanguard-class nuclear submarines, each armed with 16 Trident thermonuclear-armed ballistic missiles. That’s enough atomic firepower to send Russia and China back to the Middle Ages, let alone Iran.

But, as you know, having nukes, and using nukes, are two entirely different animals.  Britain wouldn’t use nukes against Iran for political reasons, and Iran would be committing suicide to use them against Britain or anyone else. Which leaves the more immediate prospect of a limited conflict in the Persian Gulf, most likely a reprise of the 1980s “Tanker War,” in which Iran will attack or seize oil tankers in retaliation for economic sanctions, while Britain (and the U.S., and possibly Europe) will attempt to stop them.

In that kind of conflict, with Britain’s naval resources “a shadow of what they once were,” and cut off from supply lines, Iran’s greater numbers of smaller attack vessels and missile torpedo boats would likely win the day. Currently, Britain has only a single destroyer, and a frigate, as convoy escorts in the Persian Gulf.

But here is where numerical comparisons of military strength really fail. If Iran were to invade Britain, there would be no question of which party is stronger. However, in the Persian Gulf, British forces are operating 3,000 miles from the UK. Even with access to bases belonging to Iran’s hostile Arab neighbors, the British would still be operating in Iran’s home waters, where all the tools of coastal guerrilla warfare – mines, small boat attacks – would be available to Tehran.

So hypothetically, who would win in an open conflict between Britain and Iran? Ruling out the US getting involved, which it most certainly would, the answer all depends on the circumstances.