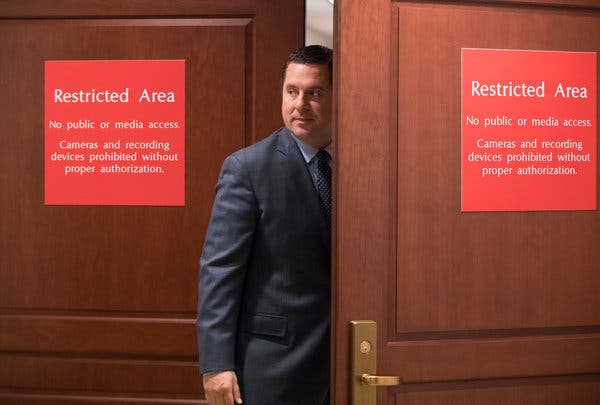 Two prominent Republican Senators are appealing to Attorney General William Barr, to declassify certain parts of IG Michael Horowitz’s report on the Russia investigation, without which they say the report is “misleading” to the public regarding the IG’s findings.

A classified letter sent to Barr asks that he declassify four footnotes in the report to create a more transparent picture of what transpired during the FBI’s inquiry, dubbed Crossfire Hurricane.

“We have reviewed the findings of the Office of the Inspector General with regard to the FBI’s Crossfire Hurricane investigation, and we are deeply concerned about certain information that remains classified,” wrote Wisconsin Sen. Ron Johnson, the chairman of the Homeland Security and Governmental Affairs Committee, and Iowa Sen. Chuck Grassley, chairman of the Senate Finance Committee, in an accompanying unclassified letter.

“Specifically, we are concerned that certain sections of the public version of the report are misleading because they are contradicted by relevant and probative classified information redacted in four footnotes,” Johnson and Grassley added. “This classified information is significant not only because it contradicts key statements in a section of the report but also because it provides insight essential for an accurate evaluation of the entire investigation. The American people have a right to know what is contained within these four footnotes and, without that knowledge, they will not have a full picture as to what happened during the Crossfire Hurricane investigation.”

Horowitz investigated allegations of Foreign Intelligence Surveillance Act (FISA) abuses against President Trump’s 2016 campaign and released a report just before the end of the year. While he determined that the genesis of the FBI’s counterintelligence investigation into the Trump campaign was not tainted by bias, the independent watchdog did fault the Justice Department and the FBI for 17 “significant errors and omissions” during the process of obtaining FISA warrants to wiretap Trump campaign adviser Carter Page and for relying on British ex-spy Christopher Steele’s salacious and unverified dossier. He also could not say whether bias tainted that FISA process, which is now undergoing reforms.

Johnson and Grassley did not divulge any further information about what they expect from the four redacted footnotes in the unclassified letter, but they do note that Trump has given Barr full declassification authority for U.S. Attorney John Durham’s inquiry into the origins of the Russia investigation, which Democrats have decried as an effort to discredit the work of special counsel Robert Mueller and shield Trump.

The Washington Examiner, who first reported on the letter, said that a DOJ representative did not immediately respond to their request for comment.