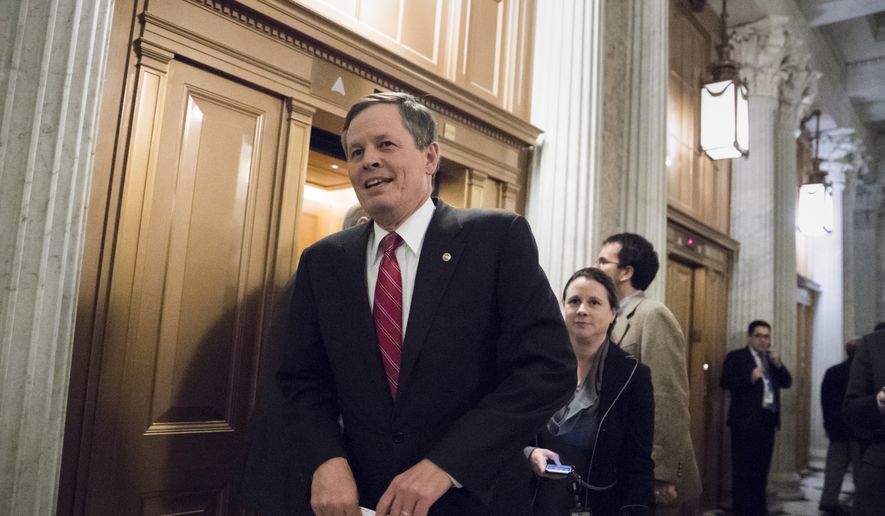 Sen. Steve Daines, R-Mont., has introduced a pro-Second Amendment bill in the Senate that is aimed at easing restrictions on gun owners transporting their firearms across state lines.

The bill would reform the Firearm Owners Protection Act (FOPA), clarifying the term “transport” to include “staying in temporary lodging overnight, stopping for food, fuel, vehicle maintenance, an emergency, medical treatment, and any other activity incidental.”

Daines said Americans should not be afraid to transport their legally owned firearms.

“This is about protecting law-abiding gun owners and their constitutional right to safely transport their firearms,” he told Fox News in a recent interview. “Montanans want their Second Amendment right to keep and bear arms protected, and that’s what I’m fighting for.”

The bill would seek to ensure that gun owners could not be arrested for violating local laws regarding “the possession, transportation, or carrying of firearms” unless police had probable cause.

Daines said he wanted the burden of proof to be on the states to prove that a traveler violated the law beyond a reasonable doubt. He also aimed to clarify that the transportation of firearms, magazines, and ammunition has always been a federally protected right.

Senate Democrats generally have pushed for a focus on gun safety. Last year they pushed a bill passed by the House that would expand background checks on gun purchases. “The time is not for a moment of silence. The time for the Senate is to act. The time is to listen to the American people,” then House Majority Leader Steny Hoyer, D-Md., said last summer. Rep. Debby Dingell, D-Mich., added, “We can’t keep going to our corners and not figuring out what we are going to do.”

But, the GOP-led Senate effectively killed the measure later that same year.

The executive director of the National Rifle Association’s Institute for Legislative Action, Jason Ouimet, offered a statement of support for Daines’ bill.

“Law-abiding Americans traveling with unloaded, secured firearms have continually been harassed with malicious arrests and prosecutions when traveling through anti-gun jurisdictions,” he said. “Senator Daines’ legislation ensures such outrageous actions will no longer be tolerated under the law.”

Ouimet’s statement concluded, “On behalf of the NRA’s five million members, we thank Senator Daines for having the legislative courage to stand and fight against local bullies who were hoping to suppress our Second Amendment rights.”