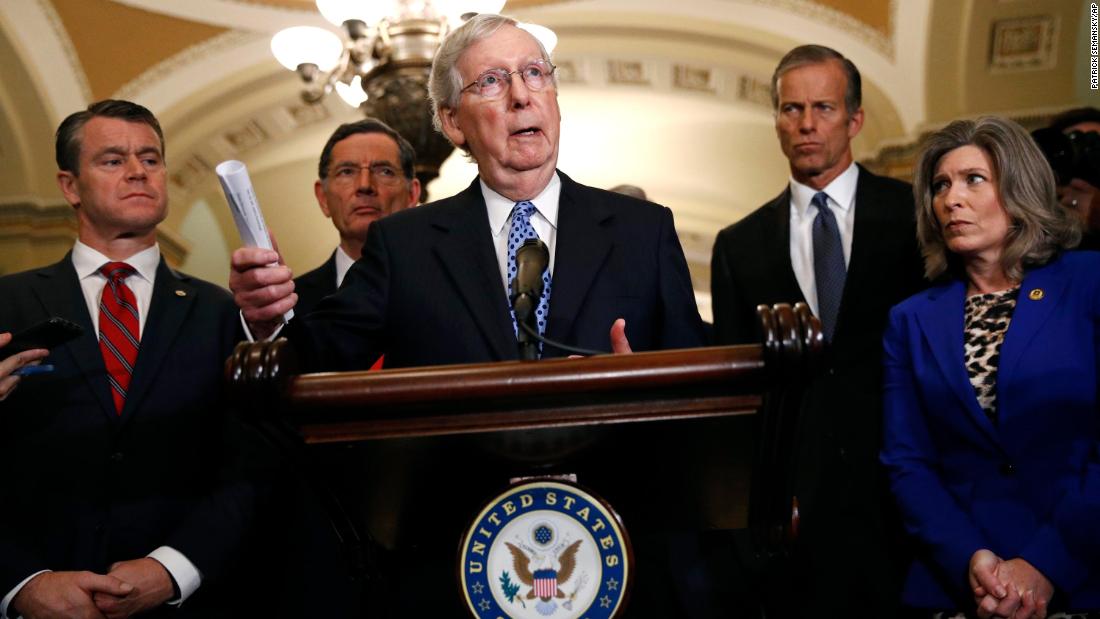 Several key Republican senators have said, should Articles of Impeachment against Donald Trump – which seems likely—come to the Senate for trial,  would be a mistake if dismissed.

CNN is reporting that several “key Republicans” have told them that the Senate should conduct a full trial of President Trump, should it come to that, “and not try to jam through a motion that would allow them to dismiss the case quickly on a partisan vote.”

For the same reason that they have forced the House investigation to now be conducted more out in the open, the Republicans advocating against swift dismissal believe that a comprehensive and public examination of the charges would be best for Trump, who wants to clear his name and stay in office, and best for the American people, who deserve to learn what happened, and also best for the Senate as an institution — to demonstrate that even in these harshly partisan times, a careful examination of the charges can be conducted.

“Unlike the process up to this point, I think it is important the Senate process be viewed as fair and serious and give serious consideration to whatever the House is going to bring us,” said Sen. John Cornyn of Texas, a member of the Republican leadership, who added that he is “very doubtful that there will be some immediate attempt to try to dismiss the charges.”

It’s All Up to Mitch McConnell

Senate Majority Leader Mitch McConnell has not said publicly that he wants to force a quick vote to end the case. But he also hasn’t yet outlined what he thinks an appropriate process should be, outside of acknowledging he is constitutionally required to put it on the floor.

Democrats feared McConnell might try to block a trial — in the way he blocked Judge Merrick Garland’s nomination to the Supreme Court — and were alarmed when the Kentucky Republican began running campaign ads for his reelection, vowing to stop impeachment.

“I haven’t heard anyone espousing a quick dismissal,” said Sen. Shelley Moore Capito, a West Virginia Republican. “I certainly think we need to hear it out from the House. This is a serious thing. When you are considering removing somebody from office or impeaching them in that way. I think you’ve got to hear it.”

Even if it were to go in that direction, it remains unclear if Republicans, who hold a 53-47 advantage over the Democrats, could even get enough votes to dismiss. Some senators, especially those running for reelection next year, may be wary of not giving the evidence a thorough review, but for now, most won’t comment on the record.