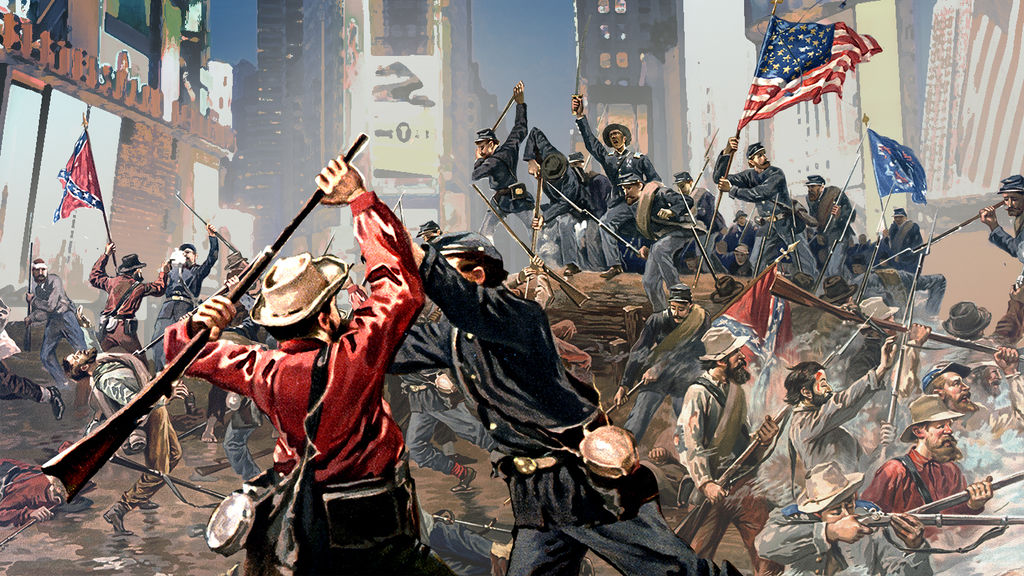 From World War to Civil War?

In 1945, enemy cities were firebombed; in 2020, American cities are firebombed.  In 1945, food was strictly rationed; in 2020, food is plentiful, but local authorities mandate conditions under which restaurants can operate.  In 1945, the nation mourned when President Roosevelt died; in 2020, a large chunk of the American nation wants to see President Trump dead.

In 1945, the mindset of Americans was essentially stoic: our troops made two major amphibious assaults (at Iwo Jima and Okinawa), and likely a third, on the Japanese mainland before 1946.  They and American civilians stoically performed their respective duties, the latter almost 100 per cent unified behind the war effort and its sacrifices in blood and treasure.  They understood the existential threat to the American way of life.

After 75 years of increasing material plenty and comfort, many Americans have become risk-averse to the extreme.  Students the age of those who landed on Okinawa need safe spaces on campus.  The COVID-19 epidemic recedes, but many local authorities are guided by risk aversion, and many constituents accept their mandates out of fear.  School systems face labor unrest because teachers fear possible health dangers.  As one has said: “I didn’t sign up to be a martyr!”

The stoicism of the wartime years has not completely disappeared; it exists yet in “Flyover Country,” far from national media centers.  Otherwise, the mindset is essentially hedonism: everybody has “stuff” and wants more.

Today’s American people are badly divided to the extent that many believe that a civil war is near, if not here already: a second civil war (a third, if one counts the war between Whigs and Tories in 1775–1783) due to conflicting ideologies and value systems.

How has this breaking apart occurred?  As a lifelong observer of the process, I’ll attempt an explanation.

As a kid in postwar America, I participated in the migration from cities to suburbia.  I saw it undertaken primarily by young families, people who had lived through fifteen years of privation, 1930–1945: first the Great Depression, then another Great War.

The demand for suburban housing was stimulated by the desire to start new families in new places and by easy V.A. home mortgages.  On the supply side, an army of home-builders was recruited from veterans of military construction units.  Our neighborhood showed the result: row upon row of housing, all built rapidly and from the same design.  Also, the defense industrial base that had made jeeps, tanks, and planes was converted to passenger car production.  People had the opportunity to move to the suburbs; they took it.

These postwar neighborhoods were peopled, mostly, by two-parent families.  The dads were war veterans: our little league coach had a bad limp, the scars on his leg from wounds suffered in Italy.  One neighbor, recently deceased, had been a submariner.  Another, still alive at over 100, was a medic with the First Army from D-Day to V-E Day.  The mothers were all homemakers; everyone was working hard to turn his home into a dream house.

We kids played Americans and Nazis rather than cowboys and Indians.  We hadn’t the foggiest idea what a Nazi was; we only knew that that they were bad guys.  Even one of the Jewish kids was tagged as a Nazi.  No offense was taken because, again, none of us knew what it meant.  We gave no thought to ethnicity, except that two families, refugees from the Third Reich, were called “the Germans.”

We had “stuff,” but not much of it.  Air-conditioning was unknown.  “Eating out” meant putting dogs and burgers on the charcoal grill in the backyard.  The family had one car and one TV.  Our small black-and-white RCA set took forever to come on, and it needed repair every week.  Always the cyclotron or some such broke down and needed a replacement.  The hordes of TV repairmen were themselves among the hordes of people who had manufactured, operated, or maintained vast numbers of radios, radars, and sonar systems; their widespread availability after 1945 was a beneficial, unintended consequence of the need to teach theoretical and practical electronics to wartime military personnel.

Kids, when not playing Americans and Nazis, or pickup baseball, worked around the house and yard.  When old enough, we got jobs for pocket money to pay for our own “stuff”: bats and gloves; transistor radios (when they came in); and, eventually, cars.  We knew that if you wanted something, you worked for it.  Many of us worked after school in the local supermarket; we stocked the shelves and cleaned up after closing at six.

That world existed until maybe twenty years after the War.  But something had been happening to change it.  I think I saw it in one neighborhood mother who, remembering 1930–1945, said, “I don’t want my kids to do without.”  Another mom struggled to find ways to keep her kids “entertained” during summer vacations.  Obligation was giving way to entitlement.

As kids grew older, mothers entered or re-entered the job market.  We became a nation of two-car families.  Before long, everybody accumulated a lot of the aforementioned “stuff.”   Gradually, hedonism replaced wartime and postwar stoicism.

As the kids went to college, quiet postwar America gave way to two social movements: one for Civil Rights, the other against the Vietnam War.  I witnessed neither firsthand but followed both through The New York Times, then a credible news source.

I was at the far side of the Pacific Ocean when “peaceful demonstrators” attacked armed men, the personnel of the Ohio Army National Guard, at Kent State University.  A few months later, I came home and began graduate school.  The place was a hotbed of leftism, but the inclination to violence had disappeared.

Looking back on what has happened in the 50 years after that, it seems that after Kent State, the fomenters of the “antiwar” violence made a tactical retreat — replacing confrontation with infiltration (of institutions) — while keeping to their strategic goal of imposing on America their own ideas of a radical paradise.

Meanwhile, consumer goods — many imported from Communist China — have provided Americans with all the “stuff” they could ever want, many of it goods and services that had not even been imagined in 1945.  School kids have their cars, but few have worked after school for them; also, they don’t work their off posteriors in school, once the parental criterion for permission to buy the car in the first place.

All of that unearned plenty contributes to complacency.  And boredom.  It results in a life without principle, but that can no more be sustained than a vacuum in nature.

Having been conditioned to reject religion and patriotism, the grandkids of the kids who called each other “Nazis” (national socialists), whose fathers had fought the real Nazis, are now calling themselves socialists, even communists.  They don’t seem to know what socialism is, or they simply don’t care to learn about it.  But they’re willing to fight in the streets to bring it about.