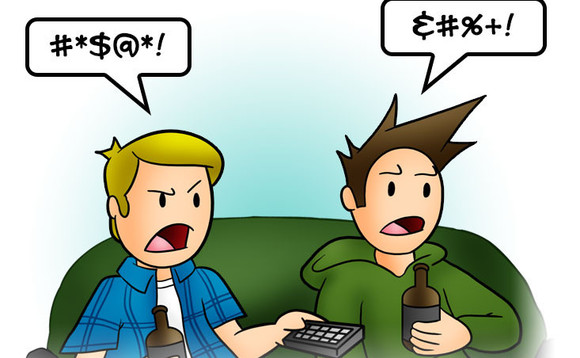 Freedom of speech is something to #CROW about

I am an extremist when it comes to free speech. The only limits we should respect are the restrictions against defamation by slander – making oral false and damaging statements about another person — or libel – making false written statements or creating false images damaging about another person. That’s it. Everything else is protected – or at least should be – by the First Amendment of the Constitution.

Obnoxious, offensive and disturbing as it may be, hateful speech must be protected by the First Amendment or no speech is safe from censorship and oppression. Once we step on to the slippery slope of arbitrarily determining the boundary of free speech based on controversy or political viewpoint, we will have nullified the First Amendment.

Truly free speech means that we have a right to say things that are not popular or even offensive. That is why I am offering up a new hashtag in defense of our inalienable First Amendment right to say whatever we damn please. #CROW means that when we want to “crow” about anything – whether it is Crude, Rude, Offensive or even Wrong – it is our right to do so.

It is proper that our legal system protects us from the destructive power of slander and libel, and it is reasonable to restrict speech that incites riots or violence – and even prevents us from yelling fire in a crowded theater where no fire exists, as Justice Oliver Wendell Holmes wrote. But when our language is being censored by private interests or by political pressure, we are undermining that First Amendment.

When Facebook, Twitter or any of those other social media platforms arbitrarily censors #CROW speech – that’s Crude, Rude, Offensive or Wrong, in case you forgot — we have already gone too far. Those platforms should be free of ALL restrictions on content.

Conversely, we should not hold the social media platform legally libel for content that appears. If one Facebook friend slanders another, there are laws to deal with that. Facebook does not have to get involved. If folks post fraudulent information, we already have laws to address that – as that recently indicted Russian lady learned.

The problem of regulating speech stems from the word “arbitrary.” Under the current left-wing culture of the social media giants, we see the capricious or maybe the intentional banning and censoring of a lot of language that is only politically offensive to their philosophic viewpoint – or even some that is generally offensive to those of use with more refined tastes.

Under their evolving corporate policies, you can get knocked off for using the n-word, but not if you call old white men “toxic” human beings – which one might see as violating the political correctness protection of old white men on the basis of ageism, racism and sexism. It’s a threefer.

The attack on old white men is so acceptable that the New York Times hired and defended Sarah Jeong, who unleashed the most vicious verbal attack on white men on Twitter, especially we older variety. Why is it that Nation of Muslim leader Louis Farrakhan’s rants against Jews survive the social media censors while Alex Jones gets booted? That is the problem with “arbitrary.”

Now, don’t get me wrong, I do not want to take away Jeong’s right to say all those ugly things about me and my kind. Same for Farrakhan. It is their right. And if the New York Times has no interest in protecting its fleeting credibility by defending Jeong, that is their right, too. It is up to an unfettered free society to judge them by their words, not by the government restrictions, not by social media censorship and not by some unofficial political correctness police force. We the people can ignore them. We can speak out against them. We can defend the people they attack. We can boycott the New York Times or withdraw from the Nation of Islam. Or … we can even respond with our own version of #CROW.

It is ironic that the oppression of #CROW speech should come at a time in our cultural development when hitherto offensive words that were limited to whispers and locker rooms are now to be heard across the news and entertainment spectrum – and overheard at almost any gathering outside the cloistered confines of the Sisters of Mercy. And God knows, how even they talk in private.

One of our most basic freedoms – and the foundation of all the others – is our right to #CROW.