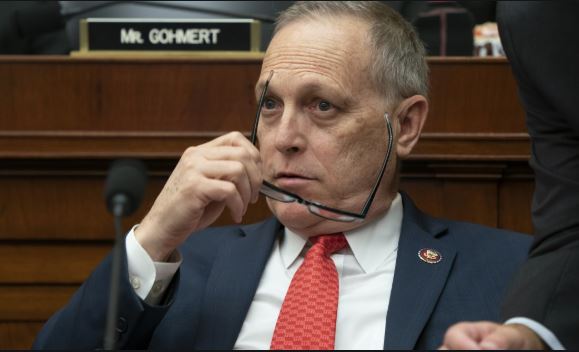 FISA Report Due on Friday Could be Devastating for the Democrats

As the White House reels, and the press swarms like angry bees around the Impeachment Inquiry of President Donald Trump, many have forgotten that the draft report on potential abuse by FISA by IG Horowitz remains in review, and now set to be released by “the end of this week.”

Fox Business anchor Maria Bartiromo says the report by Department of Justice Inspector General Michael Horowitz is expected to be published on Friday, October 18th, and she says her sources expect it to cover “more than just FISA abuse.”

Bartiromo tweeted this thing is “as thick as a phone book.”

As the Washington Examiner reports, “it has been exactly one month since Horowitz announced the completion of the investigation by his team, who pored over more than 1 million records and conducted 100-plus interviews. The inspector general gave a draft to the Justice Department and FBI for a classification review. Upon the completion of that process, the report will first be delivered to Senate Judiciary Committee Chairman Lindsey Graham, who has pledged to do a “deep dive” of his own into FISA that will run concurrently with U.S. Attorney John Durham’s review of the early stages of the Russia investigation. The South Carolina Republican said his “No. 1 goal” is to have as much of the report declassified as possible.”

Last week, U.S. District Judge John Bates praised IG Horowitz for what he said was a thorough job, and what he expects to be a “fair and accurate” report.

Bates’ assessment of Horowitz bolsters the watchdog’s credibility at a time when he will find himself yet again at the center of a political firestorm when the FISA report is released to the public next week, if Bartiromo’s sources are accurate.

Bates’ compliments of Horowitz ahead of the report’s release come as the IG’s integrity has already been called into question, most notably by someone mentioned in his probe — disgraced former FBI Deputy Director Andrew McCabe. McCabe was fired last year after a report from Horowitz found that he made unauthorized disclosures to the media and misled investigators. In a legal fight against the Justice Department over his ouster, McCabe’s lawyers slammed Horowitz’s report as being “deeply flawed.”

Horowitz has been talking with U.S. Attorney John Durham, who is handling any criminal referrals from the investigation. As to what exactly the report says, Bates could not guess. Despite the rumors of a coming bombshell that could hit Democrats hard, “I don’t have a prediction for whether he is going to find fault and mistakes or worse and at what levels. Because remember that the sign-offs on these applications in the Department of Justice and the FBI were pretty high levels,” he said.