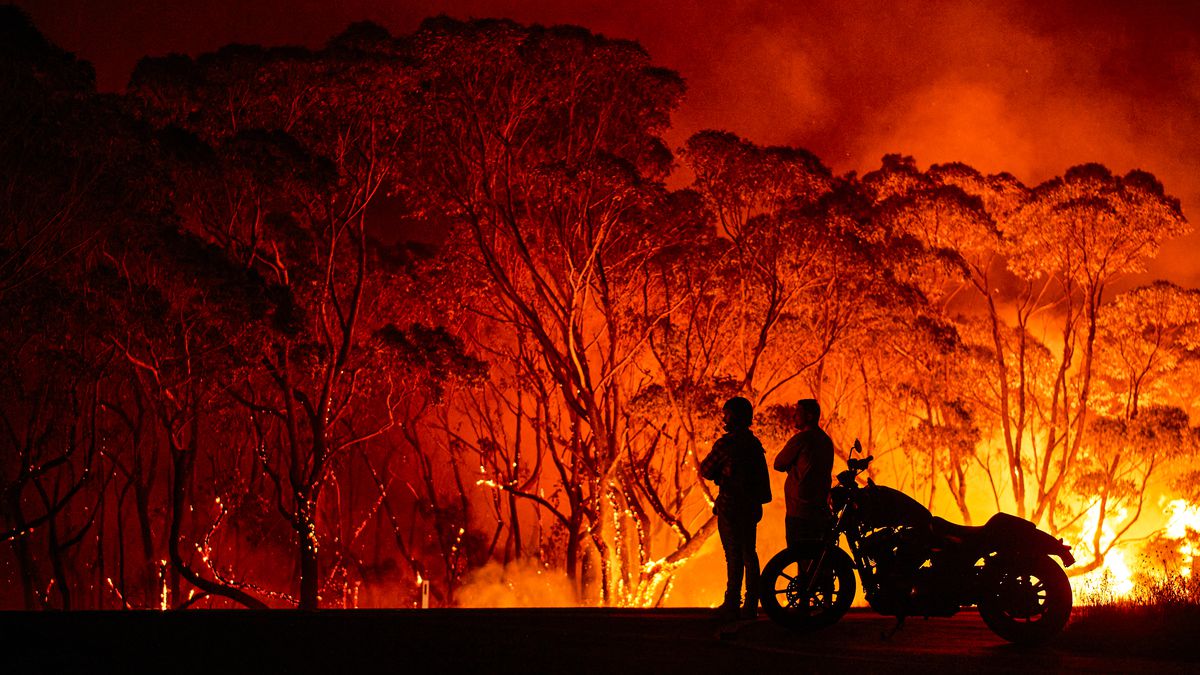 As tragic as the Australian wildfires are, it is even more of a tragedy when such devastating losses are played for political gain. Since the fires began, left-wing environmentalists and their ilk, have been shouting that global warming is to blame. However, top scientists beg to differ!

According to scientist and bushfire expert, David Packham, Australia’s current bushfires have nothing to do with climate change and everything to do with “fuel-loads.” Five years ago, Packham, a former bushfire researcher at CSIRO, warned that unless there is a drastic increase in annual fuel reduction burnings “a massive bushfire disaster will occur”. Packham’s research accurately predicted that, “The forest and alpine environment will decay and be damaged possibly beyond repair and home and people [will be] incinerated.”

Fuel levels –which means the volume of trees and greenery available to “fuel” wildfires — are at their highest since European settlement, and that’s something Packham attributed to “misguided green ideology”, vested interests, political failure and “forrest mismanagement.”

In a November interview with Andrew Bolt on Australia’s Sky News, Packham said there are four groups that profit from our current situation, which may give “clues” as to why necessary fuel reduction burns have been neglected. First, “The Greens” [environmental activists], who are using [the fires] to further their Global Warming narrative; second, the fire agencies, who can ask for increased funding; third, the politicians who can exploit the victims for a photo-op; and fourth, the media who love to report on the tragedy.

More recently, Packham told reporter, Jane Marwick, that he was “shocked” to hear that former state fire chiefs were attributing the current bushfires to “climate change” instead of record fuel-loads.

“I was terribly surprised when they put out this line that the fires are due to climate change when everybody who knows anything about the principles and a little bit of the science of bushfire behavior knows that is not the case. It is… the fuel,” he told Marwick.

“I was shocked, because these are very experienced people. They’re right at the top of the tree and to hear what came from them… has left me absolutely startled that people who– if that is what they really believe, you can’t imagine why they are in the position they are in. And I can’t believe that they’re saying things they didn’t believe just to push a sort of semi-religious myth about climate change.”

According to Packham, the science is undeniable. The ferocity of the fire is determined by the amount of fuel and the amount of fuel determines the rate at which the fire moves. Since fuel levels have climbed to their most dangerous level in thousands of years, a blaze of this magnitude was unavoidable and should have been expected, anticipated, and planned for.