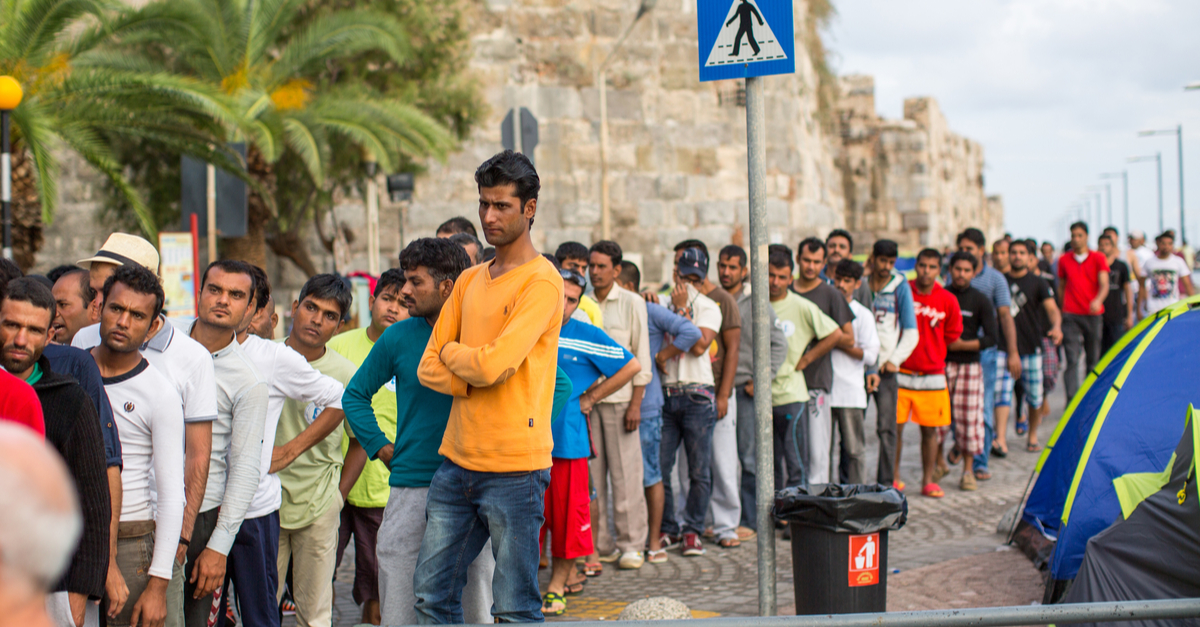 A drastic rise in the number of migrant arrivals in the last few weeks has brought a facility on the island of Lesbos to the brink of collapse and has forced the government to take immediate action.

As a result of the overcrowding and deteriorating conditions, Greece has started to move hundreds of ‘asylum seekers’ from its migrant camp on the island of Lesbos to its mainland.

On Monday, close to 1,500 migrants were moved from the Moria reception center on Lesbos to migrant facilities in Thessaloniki, Athens News Agency reports.

There is also a second group of migrants that are expected to be transferred to a refugee camp in Nea Kavala, Kilkis.

Moria, Europe’s largest migrant camp, has a carrying capacity of about 3,000 people. As of right now, more than 11,000 migrants and refugees – mostly from Africa, the Middle East, and Asia – are being held there.

Recently, Greece has seen a sharp rise in the number of migrants arriving on its shores.

Last week, 13 dinghies with around 540 people on board landed in Skala Sikamias in Lesbos. This represents the largest number of migrant arrivals in a single day since the EU-Turkey agreement was signed.

Despite the 2016 EU-Turkey agreement enabling Europe to send back all migrants who arrive at the Greek islands via Turkey, the Turkish government hasn’t honestly upheld the pact. Few migrants have ever been returned under the agreement.

In August, Turkish Interior Minister Süleyman Soylu threatened European governments when he said, “We are facing the biggest wave of migration in history. If we open the floodgates, no European government will be able to survive for more than six months. We advise them not to try our patience.”

Greece represents Europe’s primary point of entry for Afghan, Iraqi, and Syrian migrants. More than half of the 56,000 migrants who’ve landed on the northern shores of the Mediterranean have landed in Greece.